How does Comcast compare to Netflix 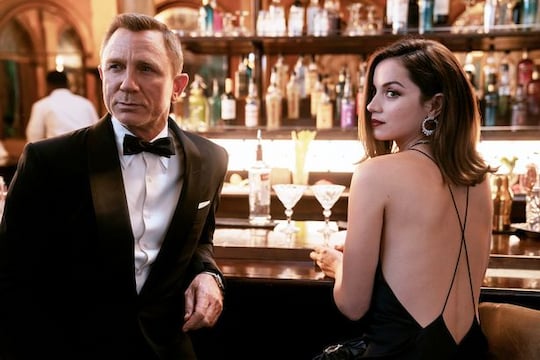 Daniel Craig and Ana de Armas in the current Bond "No Time To Die"
Photo: Nicola Dove / Universal Pictures Netflix subscribers are hit particularly hard by the streaming war. In the past few months they had to accept price increases and performance restrictions again and again, but at the same time the service also lost more and more attractive licensed content from major studios, which are now also starting with their own streamers.

And the next low blow is likely to come soon: According to media reports, the Comcast subsidiary NBCUniversal is planning to withdraw its content from Netflix, HBO Max and Co. The background to this is likely to be the international launch of its own streaming service. The media group is already active in the USA with Peacock, but there are also global ambitions. NBCUniversal CEO Jeff Shell recently considered rolling out a service under the Universal Stream brand.

Daniel Craig and Ana de Armas in the current Bond "No Time To Die"
Photo: Nicola Dove / Universal Pictures First of all, it has to be said that content from Universal Pictures definitely plays a major role in the licensing business. Well-known titles such as "Jurassic Park", "The Fast And The Furious" or "Back to the Future" should be mentioned here. Outside the US, Universal Pictures also holds the rights to the new Bond blockbuster "No Time To Die". And it is precisely in such highlights that Netflix is ​​particularly interested. Some time ago there were even debates about whether Netflix would acquire the initial exploitation rights for the current bond due to delays caused by Corona.

However, should Universal launch its own streamer worldwide, this topic would certainly be off the table. After all, one would not sell the fillet pieces in one's own portfolio to a competitor under these conditions. Still, the decision would have little impact on the success of HBO Max. WarnerMedia's streamer doesn't earn his living with licensed content at all, but primarily with its own brand HBO and, currently, the DC Comics blockbuster Justice League by Zack Snyder.

It's about a lot of money

The decision is still a delicate one, because the fact is: Universal Pictures is currently earning hundreds of millions of dollars with corresponding license deals. For example, HBO Max pays Universal to publish their content no later than nine months after the theatrical release. Netflix, in turn, pays the NBCUniversal subsidiary Illumination (Despicable Me). These deals expire at the end of the year and have been a solid source of income for Comcast so far.

Of course, it is by no means agreed that you will get this income back even if you start your own streamer. Netflix, on the other hand, is now in a quandary: for the industry leader, there are hardly any options left to buy studio content on the market. With the omission of the universal deal, the last large US studio as a content supplier will also be canceled. This in turn forces content boss Ted Sarandos to produce even more content himself, which in the long term should result in further price increases for subscribers.

An assessment (by Björn König)

It was only a matter of time before Universal Pictures pulled the plug on the subject of licenses and marketed its content via streaming itself. The direct-to-consumer strategies of the large US studios are bad news, especially for streamers without their own studio capacity. In addition to Netflix, German streaming services such as Joyn or TVNOW will also be affected in the long term. They, too, will inevitably be unable to avoid producing more of their own content.

But you shouldn't be under any illusions when it comes to this topic: Neither RTL nor ProSiebenSat.1 can raise the money they need to keep up with big productions by the US studios. Ultimately, this means that if you take out a subscription there, you will see even fewer highlights in the future, but mainly B-goods and in-house productions that were already running on free TV. Whether you really want to spend extra money on this every month is, of course, a completely different piece of paper. For viewers, however, the market remains very exciting and intense competition keeps the prices for blockbusters low overall.