My Germany: Saved a life today?

"We need a doctor in car 31," the conductor's voice penetrated the yawning silence. As soon as the announcement was over, two men walked past us. "I'm sure they are doctors," whispered my daughter. If that were the case, then thank God they would only have a short way to go, because we were in car 32. "I would love to follow them," I thought out loud. "You stay here, mom," said my daughter decisively. She has not yet reached the age of majority, but since she went to college and left home halfway, she sometimes talks to me as if I were in need of care. But I see that as care and don't hold it against her.

Besides, it wasn't meant seriously. Even if my curiosity is great, as a curious onlookers I cannot hinder a rescue operation. Doomed to inactivity, I told my daughter about my childhood dream of becoming a doctor. Saving lives non-stop - what a privilege it is! But the dream didn't last long. I recognized my greatest handicap early on - my clumsiness, which unfortunately has proven to be my most loyal companion in life: Everything that comes into my hands will break. How can I still want to become a doctor if I have a clear mind? 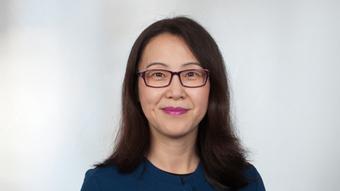 In addition, in the mid-1980s, I was almost happy that medicine was out of the question for me from a financial point of view, even from a financial point of view. A few years after the country opened up, China experienced the first wave of commercialization. The jump into the sea (xiahai, 下海） became a popular sport. This does not mean winter swimming, but the decision to give up the iron bowl in order to seek happiness in free enterprise. Taxi driver, trader and cook were among the favorite professions of the Chinese Scientists, doctors and teachers, on the other hand, vied for first place on the list of the worst-paid jobs, with the saying "Better to hold hairdressing scissors than a scalpel".

This social interlude in China, however, did not diminish my respect for the life-saving profession of the doctor, even if it got a little scratch in Germany. The reason for the scratch is that I cannot always be sure whether the doctor is keeping an eye on me as a patient or rather on the earning potential of my ailments. But in moments like this, the medical professionals simply act on Hippocrates' oath, for the benefit of the patient and without any consideration - they are heroes in the truest sense of the word.

My heroes have already finished their mission. They sat diagonally behind us and first had to reflect on the incident. I took my notebook and got up. My daughter looked at me: "Mom, you are not serious now." I knew that she was ashamed of me again because I was about to speak to total strangers. Since parents are often an embarrassment for their growing children, I ignored their stern look: "Nobody knows that I am your mother."

Doing nothing is fatal 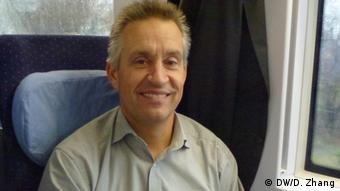 The two internists from Cologne, Mark Oette and Christoph Wyen, were obviously not bothered by my company and willingly gave me information. "The worst thing that can be done is nothing to be done," said Oette, chief physician at the Augustinian hospital. In the car next door, 20 passengers watched as a 75-year-old man sat pale and motionless. "Another five minutes and he would have suffered severe brain damage," said Oette. How should a layperson behave in such a situation, I wanted to know. After all, the first aid course in connection with the driver's license was already more than 20 years ago. "First you should lay the patient flat, then put your legs up, and the third step is the chest compressions," explained Christoph Wyen, who runs a practice on Cologne's Ebertplatz. Mouth-to-mouth resuscitation was abolished years ago. The two experts advise all citizens to refresh their first aid course.

Also on private trips for medical use

About every tenth trip they experience an emergency. The question of acting or not acting doesn't even arise. Failure to provide assistance does not fit in with professional ethics. But sometimes, unfortunately, any help comes too late. The worst experience for Mark Oette was that once on the street he was able to resuscitate a man who had already suffered a brain death. So you are all the more pleased about successful missions. "Today I saved a person's life" - fortunately the two of them can announce that very often at home. And your children can then - rightly - be infinitely proud.

By the way: In China, job ideas have changed fundamentally over the past three decades. Today, taxi driving is no longer the ultimate, but management, ideally of human capital or investments. Doctors still haven't made it into the top ten most popular professions, but they are still some of the most respected people in China.

Zhang Danhong was born in Beijing and has lived in Germany for over 20 years.

You can leave a comment below this article. We look forward to your opinion!