Shortly before the big stock market crash in October 1929, the professional soft drink developer Charles Leiper Grigg (1868 - 1948) mixed a new lemonade, which he initially called "Bib Label Lithiated Lemon Lime Soda". Even the head mixer quickly realized that you couldn't win a flower pot with this impossible name. In the same year he came up with the name 7-Up Lithiated Lemon-Lime. The name probably originated from the original filling quantity (seven ounces) and the rising carbonic acid bubbles (up = upwards, upwards). Charles Grigg never commented on the origin of the name. In 1936 the manufacturing company, the Howdy Corporation (Howdy Orange Drink) founded in 1929 by Grigg and Edmund Ridgway in St. Louis / Missouri, was renamed The Seven-Up Company. 7-Up developed alongside Dr Pepper, the oldest soft drink in the USA (since 1885), to be the most popular "uncola" in America, which prompted the Coca-Cola Company to bring a similar product onto the market in 1960 with Sprite. In 1967 The Seven-Up Company went public. 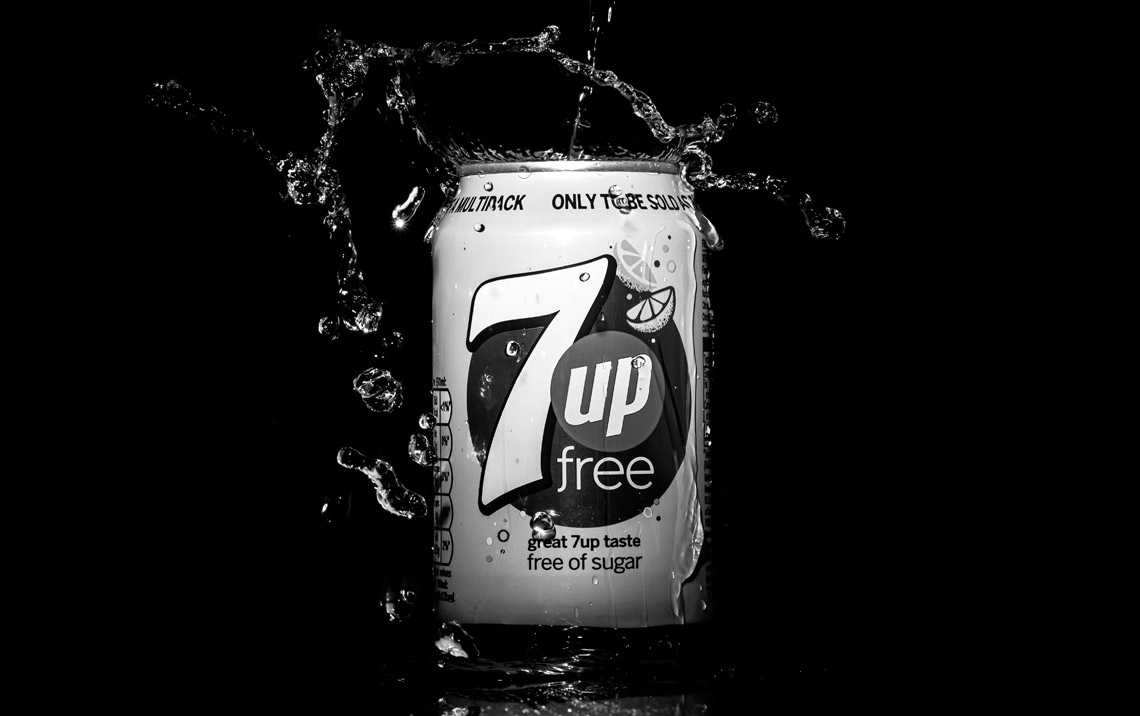 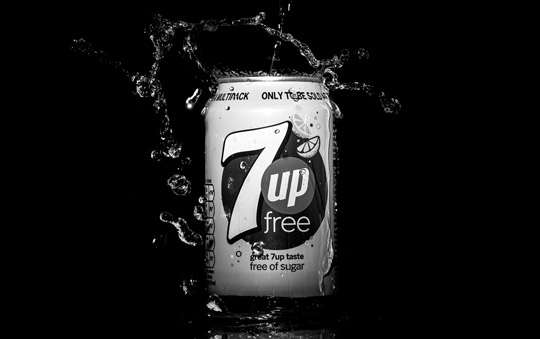 In 1978 Philip Morris (Marlboro) took over the company, but sold it in 1986 to the Dr Pepper Company of Dallas; the international division of 7-Up (Seven-Up International) acquired PepsiCo. 1995 Dr Pepper / Seven Up was taken over by the British confectionery and beverage company Cadbury-Schweppes; PepsiCo continues to own the distribution rights outside of North America. In 2008, Cadbury-Schweppes spun off the North American beverage division Cadbury Schweppes Americas Beverages, which was created in 2003 from the merger of Dr Pepper / Seven Up, Snapple Beverage Group, Mott's and Bebidas Mexico. The new company now operates as the Dr Pepper Snapple Group and is headquartered in Plano, Texas; the most important brands are A&W Root Beer, Dr Pepper, Orangina, Schweppes, Snapple, Sunkist, Sunny D. and 7-Up.