Why did Woojin leave Stray Kids

Why Wonho is leaving Monsta X.

after leaving Woojin caused big waves at Stray Kids, there is more bad news this week.

Here you can find out why this is so. 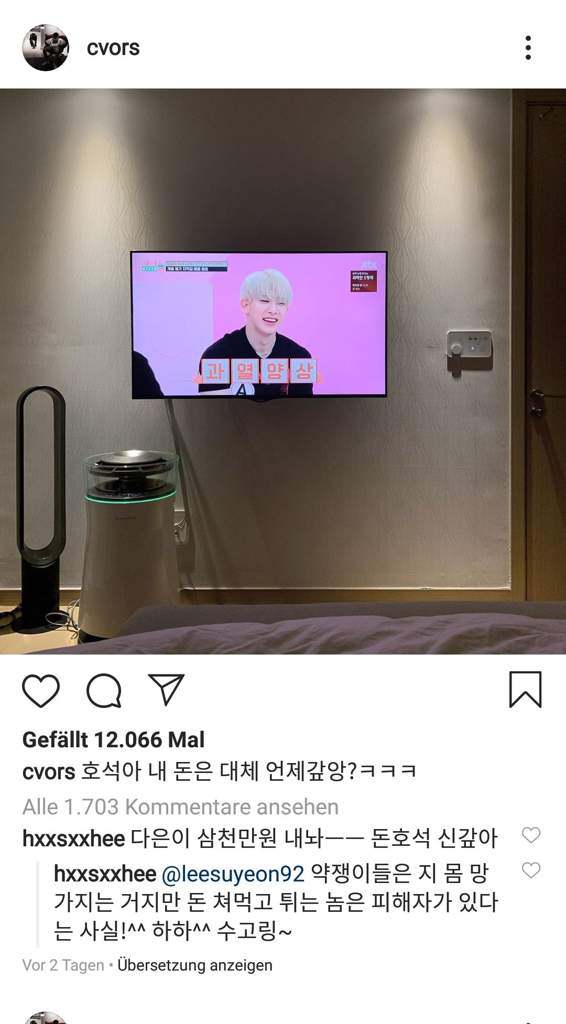 Jang Da Eun, a former reality star, posted a photo of the TV on Instagram with the caption Wonho

(Roughly translated: When do you want to pay me back my money?)

Underneath, Han Seo Hee commented that Wonho should please repay the 30 million won.

But do you know who Han Seo Hee is? She has been implicated in both the T.O.P and B.I. drug scandal that resulted in him being kicked out of YG.

Starship finally released a brief statement saying the rumor was not true and they will investigate the source of the rumor.

On the same day, Jang Da Eun posted a screenshot showing a chat with a lawyer or Wonho representative. 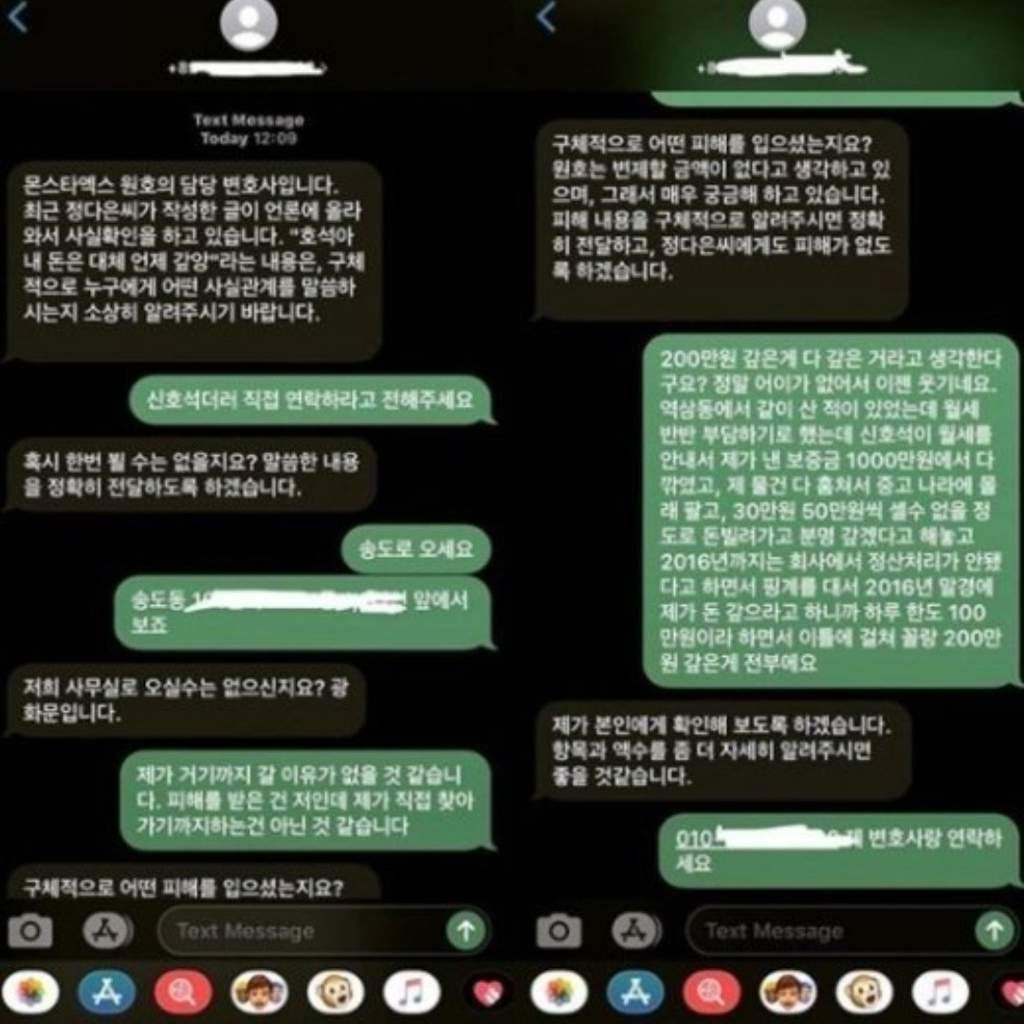 Hello, I am the lawyer representing Monsta X 'Wonho. The post you made made its way into the news centers so I'm here to find out the facts. I ask you to tell in detail who exactly you spoke to and what exactly you mean by the sentence (When will you pay me back the money).

Can we meet? I pass the message on in the same way.

Is there any way you could get to our office? It is near Gwanghwamun.

I don't think there is any reason for me to do this. Why should I come to you personally as a victim, that is not correct.

What damage did you suffer exactly? Wonho doesn't believe there is any more money he owes you, so he's very curious. If you explain the damage to me exactly, I can pass the message on.

We will discuss this with him. I think it would be good if you could provide a few more details about the quantity and the exact items.

[Disclaimer: I didn’t translate from Korean to German, but took the English translation from Allkpop, I know that this is not the most reliable page in terms of honesty, but I think the translation that was there was true that's why I used it.]

Today there was another official statement from Starship Entertainment confirming that Wonho is leaving the group. 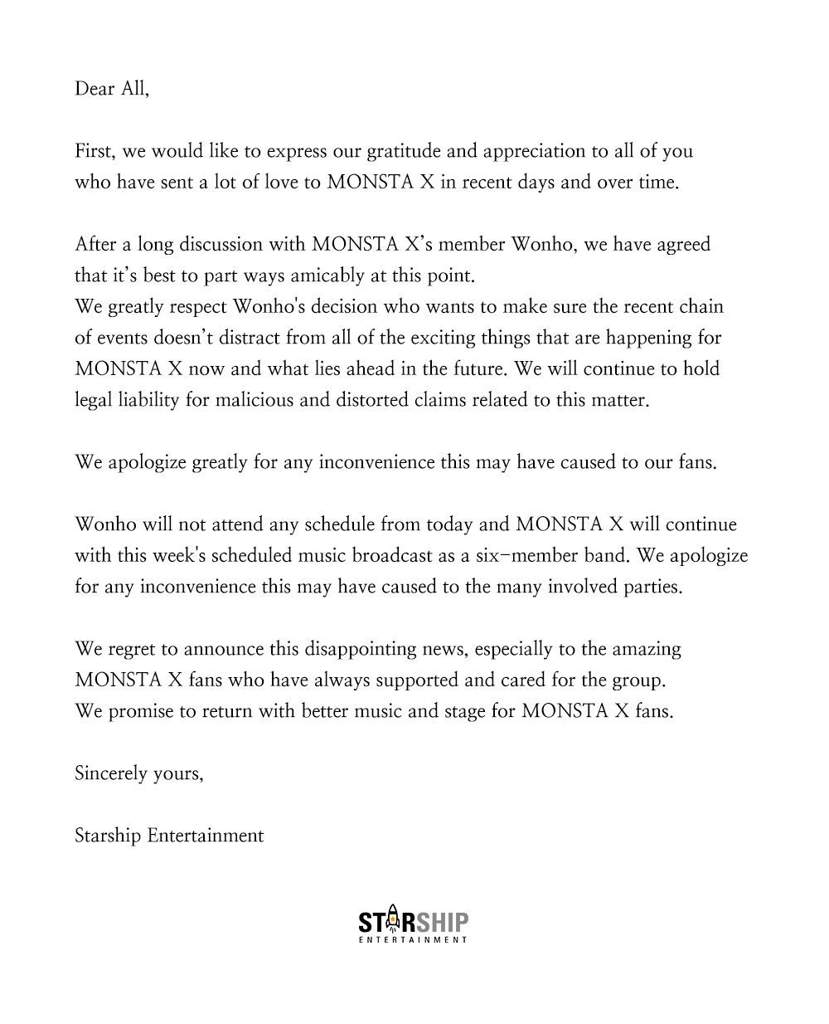 There was also a letter from Wonho to the fans in which he wrote:

I've received an incredible amount of blessings and love while promoting Monsta X. Thank you for these great memories. To all the members who have worked with me and stayed by my side, I want to say that I am very grateful and love them very much. I want to show them my apologetic heart.

There were times when I was immature and when I made mistakes bigger and smaller, but after I became a trainee and made my debut, I stayed on the right path and worked hard to avoid thinking about myself to be ashamed of.

I am announcing that I will be leaving Monsta X Today.

I am so sorry for causing harm to members just because of unfortunate incidents I caused. More than anything, I am sorry for how much I disappointed my fans who believed in me. I made the decision after seeing how many people are now unhappy and having a hard time because of me.

Together with the members, I bow one last time to apologize to the fans who believed in me and supported me.

The members have nothing to do with me.

I ask you to at least give them support and encouragement.

They are people who are too good to stop and get hurt because of someone like me.

I am grateful and apologize to all employees, members and, last but not least, our fans, who have allowed me to feel such joy up to this point.

[This time, I used the Korean - English translation by Soompi] 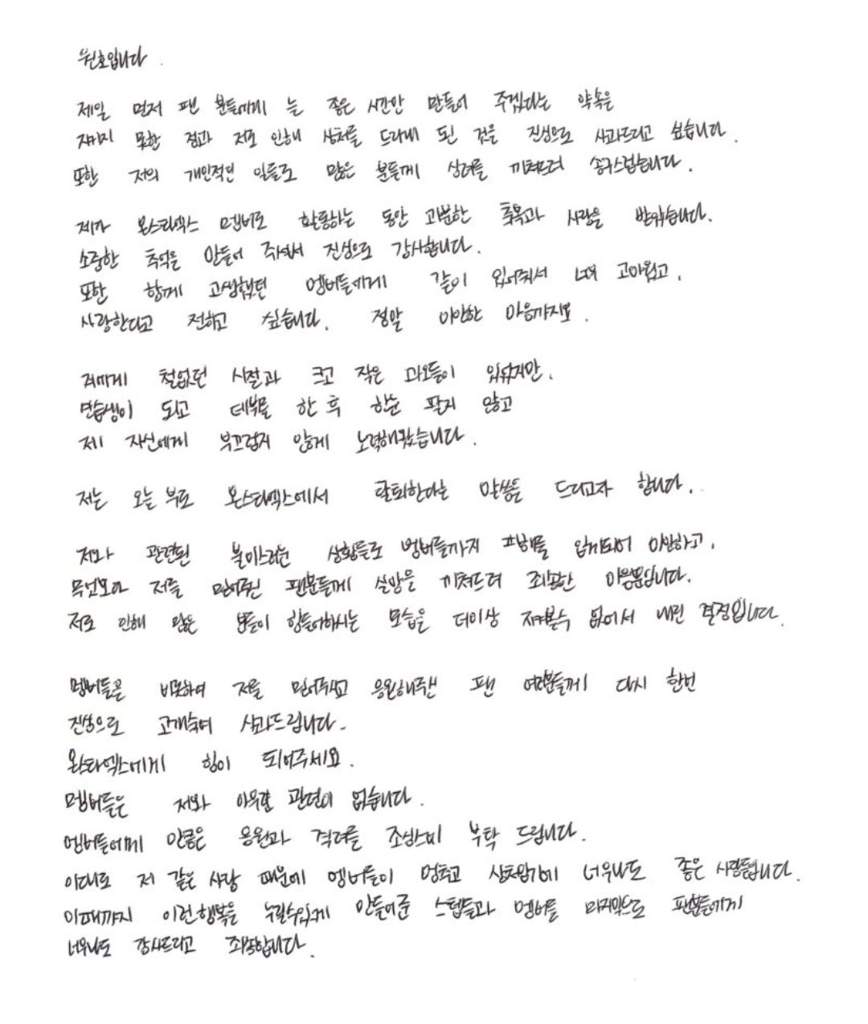 My opinion on the whole thing:

To be honest, I don't know what to say about it ... At the beginning, when the scandal broke up, I was definitely on Wonho's side, I mean the two culprits are not blank slates and, above all, Han Seo Hee has already proven why she is capable.

Nevertheless, it is clear with the statement from Wonho that the rumor cannot be entirely wrong.

But most of all, I am angry about the handling of such rumors.

When someone does something like that in America, it's mostly about more money and still the person is not sawed off their label or something.

Also, we all know that idols usually see little of their money (except for BTS for example, but most are still doing badly) because they still have to pay the trainee fees and the entertainment gets most of the money they make.

Of course, I don't think it's a good thing that Wonho didn't pay back the money, but I don't think you should be so harsh with him and give him the opportunity to make amends.

I also think that Jang Da Eun and Han Seo Hee fluffed everything up so that the scandal would definitely harm him.

It's up to everyone whether they still support Wonho, but please continue to support Monsta X, the boys are not responsible for the deeds that Wonho has done.

What is your opinion on the "scandal"? 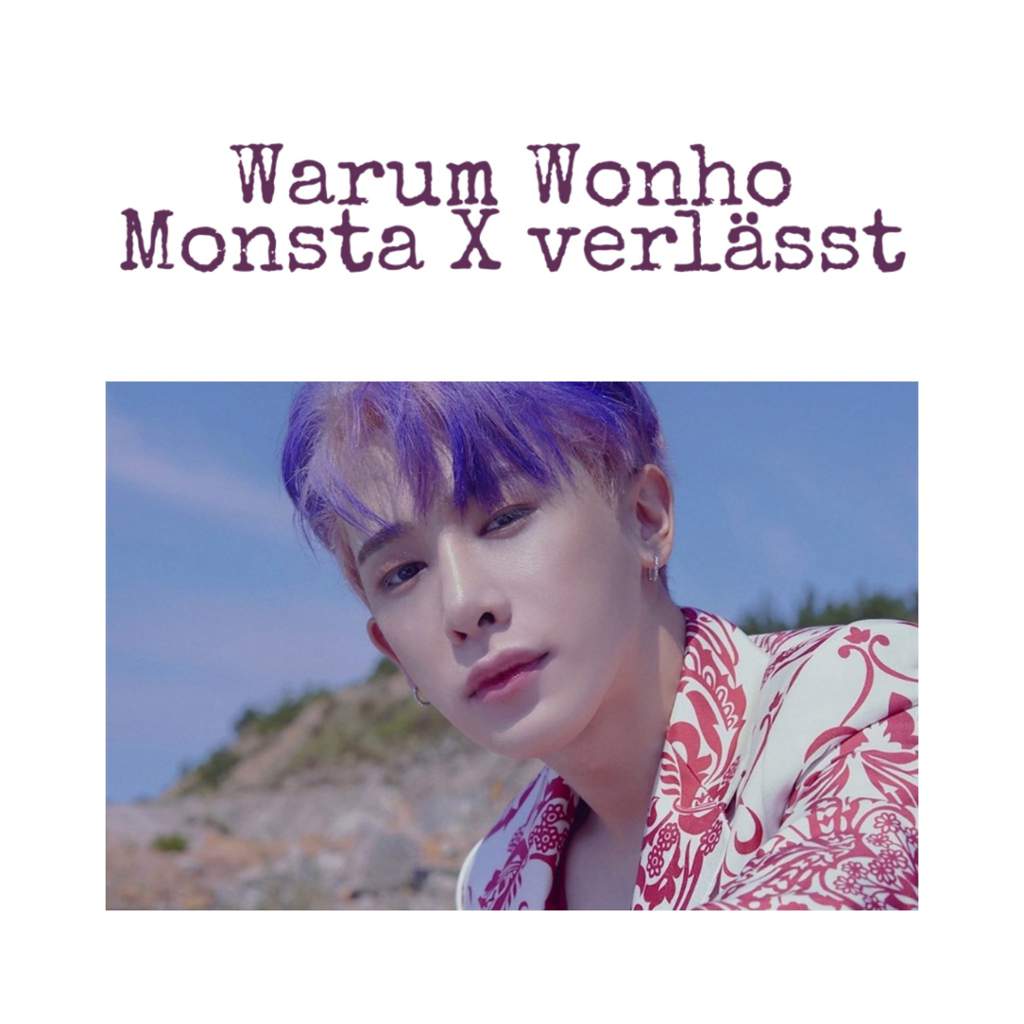