How can a country refinance its debt

Run into debt without end

It could all be so simple, according to Larry Randall Wray. For 25 years, the American economist has been researching a formula to combat unemployment, recession and social inequality. His approach is based on the Modern Monetary Theory, or MMT for short. This in turn goes back to the "state theory of money", a 100-year-old theory of the German economist Georg Friedrich Knapp. The full-bodied promise: Get into debt with no regrets.

What sounds like a promise of salvation makes perfect sense at first glance. Because as long as a state is indebted in its own currency, it cannot go bankrupt. If there is a lack of income, the economists argue, it can always be financed by the central bank. According to this, states should be allowed to spend as much money as they want. The Second World War, Wray said, showed what "economic miracles" could result from it: "Debt was the basis for the golden age of capitalism," Wray told DW.

With his theory, Wray is still considered an economic outsider. Together with the hedge fund manager Warren Mosler, another thought leader of the MMT, Wray tried for years to make the theory, which is obscure to many, socially acceptable. However, just printing money to finance debt sounds too daring to most economists. "Many just don't understand us," says the 66-year-old. He believes that false, sensational theses contribute to the poor image of MMT.

The greatest economists in the world are among the vehement opponents. Paul Krugmann, for example, Nobel laureate in economics and columnist for the "New York Times", railed against MMT several times. Kenneth Rogoff, former chief economist of the International Monetary Fund (IMF), called the theory nonsense and quackery. The concept has also met with criticism from the US Federal Reserve (Fed). "In my opinion, the idea that debt does not matter for countries that are indebted in their own currency is simply wrong," said Fed chairman Jerome Powell in February before the Senate Banking Committee. 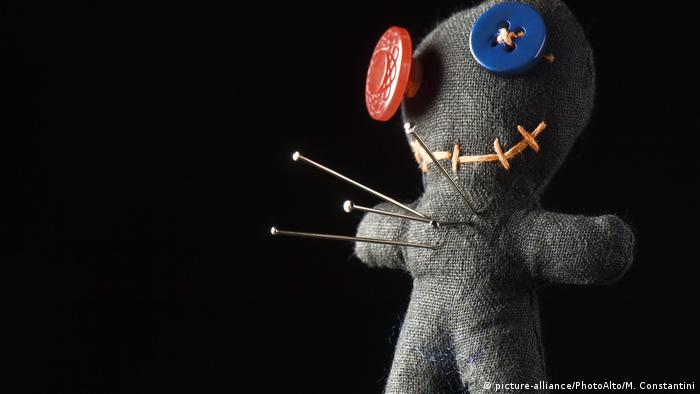 Nothing but hocus-pocus? Larry Summers called MMT a "voodoo economy"

Even supporters of the Democrats, who are quite open to higher national debt, quarrel with modern monetary theory. In a guest article for the Washington Post, Lawrence H. Summers, former Barack Obama's economic advisor and Secretary of the Treasury under Bill Clinton, described MMT as a "voodoo economy" and a "road to disaster". MMT-like policies are responsible for hyperinflation in Latin American countries such as Venezuela. According to the IMF, prices there have risen by ten million percent in recent years.

However, Summers agrees with MMT supporters on one point: Fiscal policy must again move more into the center of the American government. US President Donald Trump only passed a comprehensive tax reform in early 2018. While companies benefited, the promised relief is only slowly reaching the citizens.

Instead, the side effects show up, the state lacks income. The US budget deficit is nearly $ 1 trillion, the highest in seven years. The massive tax cuts combined with rising social spending would have placed a massive burden on the American budget, experts say. Only MMT can straighten that out, say the supporters of the theory.

With debts out of the crisis

The core of the concept is a new distribution of roles between financial and monetary policy. While states normally finance themselves through taxes and the central bank prevents inflation, modern monetary policy promotes the opposite. The central bank takes on the role of donor: It finances the government and creates capital where there is not enough money. In this way, she could run up almost unlimited debts in order to stimulate investments in the country and avoid recessions.

The new theory is particularly popular with the left wing of the Democratic Party, which has been strengthened since Donald Trump's election victory. Both Senator Bernie Sanders, now independent, and Alexandria Ocasio-Cortez, the youngest member of the US House of Representatives at 29, support modern monetary theory.

It is supposed to provide the economic basis for the politicians' expensive social programs. In addition to extensive job guarantees and the "Green New Deal", the ecological industrial turnaround, it also includes the introduction of state health insurance, which would cost several trillion dollars a year. Higher government deficits would therefore be necessary. However, thanks to MMT and the printing press, these are precisely what the proponents argue. 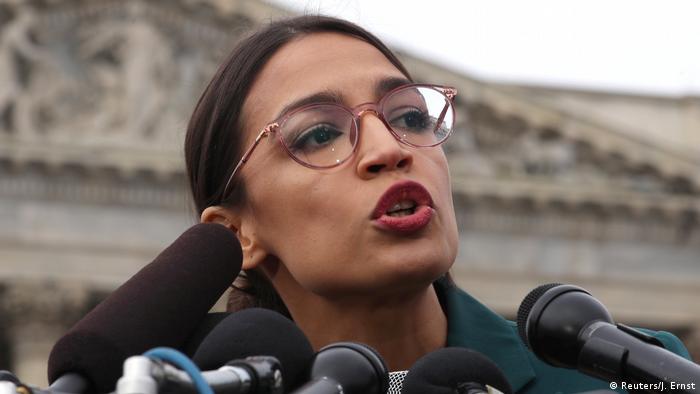 Encouragement from left: Alexandria Ocasio-Cortez, Democratic MP in the US House of Representatives

The reasoning of some MMT proponents gives conservative economists a stomach ache. "They sell theory over value," says George Selgin, director of the Center for Monetary and Financial Alternatives at the Cato Institute, a libertarian think tank. It is true that countries do not have to worry about not being able to pay their debts because enough money can always be reprinted. But this is not done without risk. "Anyone who abuses their own currency for this risks inflation," Selgin told DW.

Scott Sumner, a professor at George Mason University, also warns of "bad side effects" of MMT. "Getting into debt to finance political projects is a bad idea," says the 64-year-old. Today's deficits would become a burden for future generations. A progressive consumption tax is better to prop up the American economy.

Inflation where is your sting

It is not that MMT supporters are blind to the dangers of their own theory. "We know there is a risk of inflation," says thought leader Wray, who wants to dispel the prejudice of carefree MMT economists. The US's monetary value is currently not at risk and the dollar is a strong currency. However, should inflation rise, MMTers also have an answer. "In order to reduce the purchasing power of consumers, we would have to increase taxes," says the 66-year-old, who has not yet carried out a survey on how this is actually received by the citizens. "To compensate, we would simply increase pension entitlements in old age and improve social security." That, in turn, is debt-financed. 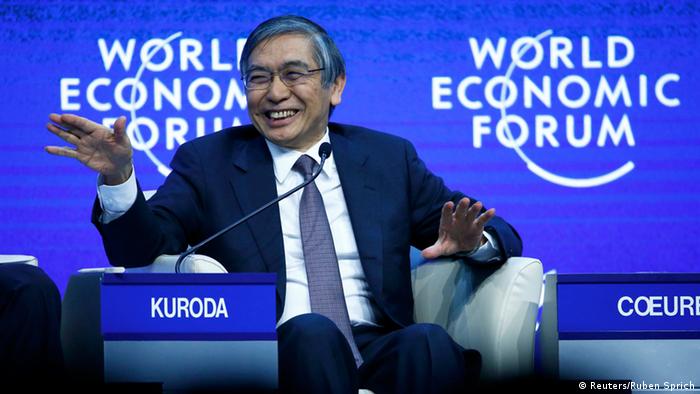 For Haruhiko Kuroda, head of the Bank of Japan, financing national debt has been part of everyday life for years

Perhaps, however, none of this is necessary, as prominent cases such as the USA and Japan have shown. Because although the US government debt is higher than ever before, inflation did not pick up. In February it even fell to its lowest level since September 2016. According to surveys, the proportion of voters who see the reduction of the government deficit as their top priority is falling steadily.

In Japan, on the other hand, the state and central bank have been experimenting with elements of MMT for several years. With the help of the central bank press, the government wants to put the highly indebted, demographically shrinking country on a sustainable growth path. The Bank of Japan is buying securities on a scale that far overshadows the quantitative easing exercises elsewhere. Inflation, on the other hand, has remained historically low so far.

However, many economists are still unsure of the fact that the Japanese central bank appears to be switching off economic gravitational forces. How long the central bank can continue the purchase program without losing its credibility remains a balancing act. It's an exciting experiment that MMT might or might not pave the way for.