What makes someone so selfish and overconfident?

Echoist: Why it hurts to be one

Anyone wondering what an echoist might be has certainly heard of the opposite: the narcissist. While the latter is mainly circling, the echoist has the welfare of others in mind. One can imagine that this can only work to a certain extent. However, echoism is quite common. This has consequences in private as well as in professional life. The causes and what you can do about it ... 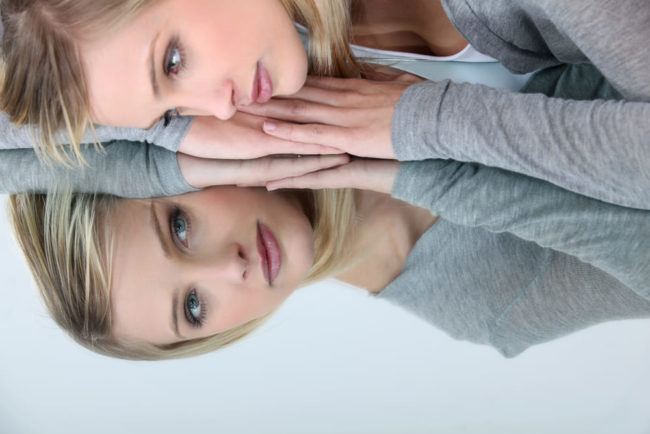 Echoist traits: Fear of being a narcissist

The term echoism - and from it the derivation echoist - goes back to the American psychologist Craig Malkin. In his book Rethinking Narcissism (German edition: The Narcissist Test) he differentiates between different forms of narcissism. It is about which properties are present in which form. An echoist is characterized by the fact that he is downright afraid of being considered narcissistic. Among the personality types Malkin studied, echoists were those who appeared particularly warm-hearted. At the same time, they were united by a fear of being a burden to others. Attention or even praise irritates them; when asked about preferences, they tend to be overwhelmed.

While narcissists are addicted to feeling special, echoists fear just that. The term echoist includes "echo". Behind it lies the story of Narcissus and the nymph Echo, who falls in love with him. Echo is doomed to repeat the last few words of what she hears. She herself completely disappears behind what others (in this case the beautiful young man) say, has no voice of her own - and that is exactly what distinguishes echoists.

According to Malkin, there are factors that make someone an echoist. These often lie in childhood. For example, when someone was attacked harshly or even punished by their parents in the course of normal needs. It is not uncommon for echoists to be particularly sensitive. Children of narcissistic parents become echoists, but parents who are echoists themselves also favor echoism in their child. Because whoever is of the opinion that attention or generally the desire for more is something bad, will convey this to his child.

For example, if a child never gets praise for their achievements, but is constantly admonished not to become cocky. Instead of a healthy self-confidence and pride in their own achievements, this person will henceforth downplay everything and even be ashamed of feelings such as pride. Then later, echoists seek out people with whom to repeat this parent-child dynamic. In order to feel loved and accepted, they are ready to give everything and be satisfied with only a little. According to Malkin, there are cases where echoists come across someone who is taking advantage of them and they still blame them.

The problem: If you do not pay attention to your own needs in addition to justified concern for others, you will become ill, exploited and very likely become depressed.

Selfishness is translated with such negative connotations as egoism and selfishness. Strictly speaking, self-interest means nothing more than something that serves your own benefit. And that is not reprehensible per se: Eating, drinking, sleeping is good for a person and is perfectly fine.

When it comes to acting selfishly, it is not about consistently ignoring the needs of other people from now on and only seeing your own advantage. However, there are a number of people who feel a little narcissism - in the sense of healthy selfishness - wouldn't hurt. For women, being an echoist takes double the vengeance. Because they have real disadvantages like exhaustion and lower salary. On the other hand, they are rated correspondingly harshly from the outside if they do not behave in accordance with their roles. Attributions as narcissist, egoist are then the (apparently) legitimate consequence, although on closer inspection a woman merely shows the same behavior that a man would easily be allowed to do. This skewed assessment from the outside leads to women repeatedly pulling themselves back.

This can be clearly observed in professional life: women often give up professional careers in favor of children. They are also more likely to lose out when it comes to salary negotiations or promotions. Confidence in one's own abilities, but also self-marketing - for which a healthy self-esteem would be necessary - is known to be less pronounced than in male employees. However: Even if women often seem to be echoists due to the clear differences in role behavior and role expectations, Malkin points out that this trait occurs equally in both sexes. More than that, he sees himself as an echoist.

No form of introversion

Echoists consistently feel less worthy than other people and instead focus on other people's specialness. At your own expense: Because at some point it can lead to an echoist becoming depressed and anxious. On the face of it, the echoist is an altruist. Someone who is the ideal colleague because he is helpful. His behavior is reminiscent of introverted people. But there is a difference, as the Malkin explains:

Introverts tend to be quieter, more likely to spend time reflecting and processing and 'mulling over' things, whereas echoists tend to be introverted because they’ve learned it’s unsafe to express themselves.

Loosely translated: Introverts are calmer, more likely to spend time reflecting and brooding over things. Echoists, on the other hand, are introverted because they have learned that it is unsafe (in the sense of dangerous) for them to stand up for themselves.

Criticism of the echoist concept

Not everyone is happy with Malkin's categorization and the conclusions he draws from it. Because Malkin's statements suggest that there are narcissists on the one hand and matching echoists on the other. They felt magically attracted to narcissists because of their fear of becoming a burden for others.

Colleagues like the American psychologist Linda Blair criticize that there is no comparable classification for clinicians and psychiatrists according to the statistical and diagnostic procedure. Echoism is not a classifiable disease. In addition, the Echoist clearly overlaps with personality traits such as low self-esteem, shyness and possibly even a paranoid personality disorder.

Test: are you an echoist or a narcissist?

Based on its Narcissism Spectrum Scale (NSS) test, Malkin has developed a shorter test version that you can use to test yourself. Unfortunately, this version is only available in English. Readers can check here to what extent echoism is present. You can find the test HERE.

An echoist is often friendly and supportive. It doesn't have to mean that he is naive or weak. However, echoism is not just a form of humility. Of course, the other extreme - boasters who expect constant applause for everything - is incredibly annoying. But the problem with the echoist is not just that he wants to help other people too much and take himself back.

What is more difficult is that the echoist actually lacks some form of certainty that will help him or her in the event of failure. It is precisely this security, the necessary self-confidence in one's own basic skills, that can make up professional success. For Malkin it is undisputed that people have to perceive themselves as something special in order to develop a feeling that they can or are allowed to give AND take. Those who do not value themselves automatically devalue their interactions with other people.

Therefore, the main thing is to perceive your own needs again, to allow them to be. This may mean saying goodbye to exploitative, toxic relationships in order to build healthy relationships with other people. Here are three tips: