When does a marijuana plant mature?

Crash course: How to recognize hemp 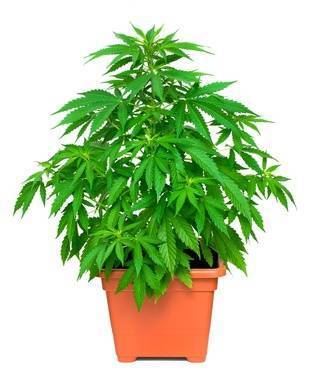 Not everyone who enjoys cannabis consumption also knows about the plant. In order not only to recognize hemp, but also to know it properly, it takes a lot of time, attention and patience. Experienced growers and professional seed banks work every day to optimize cannabis seeds, flowers, growth behavior and much more. Even research has not yet managed to unravel the last secrets of the Cannabis Sativa plant, although hemp has been with us for over 5000 years. Therefore, our contribution should offer a small crash course. So let's start at the very beginning: How do you recognize hemp?

Characteristics of the hemp plant

Hemp is like a good company logo, once you've seen it, you'll recognize it again and again. The leaves of the plant, which resemble a hand and have a sawn edge, are striking. The fingers of the palm hands can sway, sometimes there are five, usually there are seven to nine and at most thirteen leaves on a leaf. Incidentally, the first pairs of leaves only have one leaflet, the famous leaf shape does not develop on the plant until a little later. The number of leaflets then decreases again towards the top, towards the crown. Single leaves can be found around the terminal flowers, even in fully grown plants. At the bottom of the plant, along its stem axis, the leaves face each other in pairs. Further up there is no leaf opposite the other, here there are no more leaves that grow at exactly the same height. In the characteristics just described, all hemp plants are the same. This is like the lowest common denominator. Because everything else varies a lot with cannabis. There are species that grow only 30cm high, others sprout up to 4 meters in height. They can have a solid stalk or they can spring up like a bush. The color of the leaves can range from a luscious dark green to the lightest green with a distinct red cast. The crucial difference that everyone has to consider when it comes to hemp is gender. Unlike many other plants, cannabis is gendered separately. That is, there are male and female plants. To be precise, there are hemp plants that have male flowers and hemp plants that have female flowers. Anyone who consumes cannabis only smokes female flowers, as male flowers have neither THC nor CBD. It is important to know the differences between the two plants. If you plant hemp seeds and both male and female plants grow next to each other unnoticed, the female plants will be fertilized. This creates new hemp seeds, but the flowers are no longer suitable for consumption. Therefore, the second part of our little hemp crash course now follows.

The male flower has a pollen sac that hangs down from the small branches between the leaves. The pollen sac has the shape of a small bell. Male cannabis plants grow faster than female ones. As soon as flowers with a bell-shaped appearance form on the branches, they are male plants. The sex of the hemp plant cannot be identified before the flowers are formed. If the male plant is allowed to grow, it often happens that it becomes much larger than the female. However, this is not considered a distinguishing feature for male plants.

The female flower has thin white hair and is shaped like a calyx. Their hairs usually stick out upwards towards the light. After a few days, resinous pollen forms that sticks to the uppermost individual leaves. The calyxes also contain the THC or CBD, depending on the type of plant.