Is the Ford Mustang cool in the US

The Ford Mustang hardly leaves anyone indifferent: The early pony car from 1965 polarizes and inspires some as much as it scares off others. A myth that still has an effect today thanks to stylish shapes, thundering eight-cylinders and super cool drivers like "Bullit" star Steve McQueen. Slim, a bit long-legged, hardly extravagant: almost three quarters of all Ford Mustangs built in 1965 are sparsely furnished hardtop coupés like this one.

The Mustang is a car of extremes. Unfortunately, the most famous models have little in common with the real Mustang. Whether MustangConcept from 1962, which is light years away from later reality. A study like a motorboat, two seats, a V4 installed amidships, a tubular space frame, all-round independent wheel suspension. Completely oversubscribed, like the Shelby GT 350 from 1965: a slimmed-down Fastback with 306 hp and racing gearbox. Completely unrepresentative. Or Mach 1 from 1972: a grotesquely overstyled bling-bling mobile with castrated performance. The outliers with the crazy shapes and extreme performance data distort the Mustang picture, the hatchback "Eleanor" from "Just 60 seconds" dominates the perception. Many have admired Steve McQueen, the "King of Cool", watched the chase from "Bullitt" umpteen times - and in doing so, fade the Mustang reality.

Just beautiful. This 289 hardtop coupe in "ivy green" has been in the same location in California since 1965.

It looks very different. It's simple, balanced, and shockingly normal three out of four times. Even the development goal was simple: four seats, weight around 1100 kilos, price under 2500 dollars. What a precision landing. Of the 126,583 Mustangs of the 1964½ vintage, which only lasted from April to September and saw an unprecedented sales record, 97,705 were hardtop coupés. Neither the convertible nor the 2 + 2 presented in the 1965 model year, the Mustang with angled fastback, can compete with the popular notchback model. Purchases are made with a sense of proportion. In the first year, 32,900 buyers choose the sensible base engine, the iron in-line six with 2.8 liters (170 cubic inches) and 101 SAE horsepower. 93,600 customers choose the V8 with a displacement of 4.3 (260 cid) or 4.8 (289 cid) liters.

As a "Challenger High Performance" V8 with a compression ratio of 10.5: 1 and four-way carburetors, the 289 unleashes a wild 271 SAE HP at an adventurous 6000 revolutions. But the manual "HiPo" -V8 remains rare because an additional $ 442.60 at a base price of $ 2368 discourages getting an automatic in the other versions for less than half and is also much more convenient. Around 50 percent of buyers therefore buy it there. The V8 with 200 or maybe even 225 hp does it. And very few people want to race anyway.

The majority of customers love the Mustang not because of its wildness, but because of its look. A Mustang can do a lot and need little. Everyone sees on the belt speedometer that the home-made technology of the low-irritation Ford Falcon lives under the shape and feels it while driving. Loose drum brakes, sluggish handling, aimless steering, rumbling chassis, a nasty three-speed manual transmission ... Anyway, a Mustang is a trendsetter. He looks young, he lifts the mood. He's almost European. And very cool. Precisely because he stays on the ground with the facts about mass production, he becomes everybody’s darling.

The early models are the most beautiful 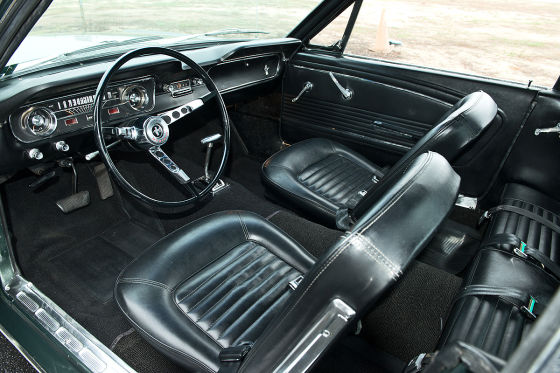 The best years are his early years. There he is style-forming, alone in the far hall and successful without example. In 1964, 1965 and 1966 it rushed from record to record, even selling better than its cheaper Falcon base. Ford needs to clear production lines and even set up new ones to meet demand. With 607,568 cars sold, the 1966 year set the record for all times. Then come the fat years, but they are not at all good for the Mustang. In 1967 the silhouette of the original design was retained, but the Mustang became more American, i.e. larger. A thick skin can't hurt in view of the great competition: Chevrolet Camaro, Plymouth Barracuda and Dodge Chargers put the Mustang on. Against Pontiac Firebird and Dodge Challengeral's pony cars with luxury appeal, Ford has to get the Mercury Cougar into position. Where the market gets tighter, the engines get thicker. The "Pony Wars" begin. Semon Emil "Bunkie" Knudsen, who came from GM as a traitor and was appointed Ford President, is mending the icon's stuff. Technicians cram ever larger machines into ever larger, clumsily drawn bodies, right up to the 429 Cobra Jet V8 with 7033 cc and 375 SAE horsepower from 1971. The Mustang has become a fat pig, says its co-inventor Lee Iacocca when it was built at the end of 1970 follows the already fired Knudsen. Iacocca started all over again in 1973. Result: the Mustang II, an uncool two-door Pinto-based four-cylinder. Just next to it is also over.
Technical specifications history
17th April 1964: The Mustang appears. The hardtop coupé and convertible will be followed in October, for model year 1965, by Fastback and the high-performance variant Shelby Mustang. 1967: first facelift. The wheelbase remained the same, the dimensions grew, the first large V8 (6.4 liters) moved in. 1968: next facelift, optically and technically, two seven-liter V8s as top engines with up to 390 hp. 1969: The body is significantly revised, the model range expanded towards luxury and sport. The most powerful seven-liter V8 makes (unofficial) 400 hp. 1971: The Mustang is getting longer and wider again, the horsepower arms race is over. 1973: The second generation of Mustangs appears. The Mustang II is smaller, a convertible is no longer in the range. 1979: The Mustang III comes out, runs as a coupé and convertible with four, six and eight-cylinder engines until 1993. 1994: Mustang IV debut, also available as Cobra, Mach 1 and Bullitt models. 2004: The Mustang V, equipped with V6 and V8 engines, is a completely new design. 2009: The sixth generation takes up style elements of the original Mustangs. Further developed, more powerful engines. 2014: Seventh generation Mustang in the USA. 2017: Facelift in the USA with a digital cockpit, from spring 2018 only with an EcoBoost engine or with a five-liter V8. 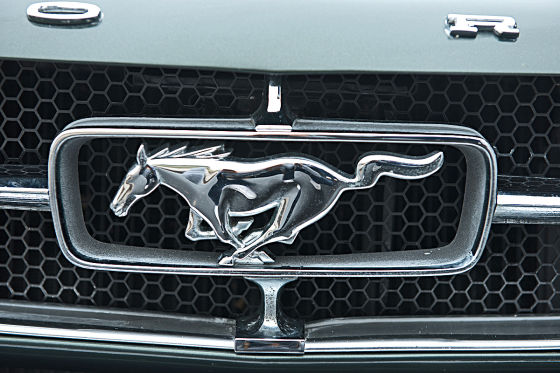 American icon: the Mustang is the pioneer of all muscle cars.

Even today, the Mustang can grow with the pound from 50 years ago: It looks good, the technology is simple and solid, the variety offered is enormous. The huge numbers do the rest: Everyone can find the right car according to their needs and budget - especially if the search is extended to the home market. Because the Mustang hype in America continues and everyone is chasing after the cars with extras and large engines, the originality often falls by the wayside. It is redesigned and tricked - by now there are likely to be more Shelby Cobra Boss Mach 1 Mustangs than ever built. But since there are too many professionals out and about in the USA who recognize conversions or bad work, the dregs of the offer with ailing mechanics and cheap sales paintwork are often shipped overseas and sold to unsuspecting buyers at inflated prices. The Mustang's biggest drawback is its unbroken popularity.

spare Parts
The great demand ensures relaxation. Almost everything is reproduced, even chrome and interior parts do not cost the world, and the accessories market fulfills every wish for improvement or tuning. Often parts from other models also fit in the engine, gearbox, mechanics and chassis, thanks to the modular system. Real pony fans swear by original parts from stock ("new old stock"). They can get expensive. And always think about the shipping costs!

Market situation
Almost three million Mustangs were built by 1973, the year of the great turning point; the market is well stocked. Luxury and performance were (and are) more for Fastback and Cabrio. Instead, the much more common hardtop coupé survived the passage of time in caring hands - real "survivors" can still be found here. A first-generation Mustang with a V8 currently costs 25,600 euros (condition 2, price from February 2018).

recommendation
Fastback and convertible are more sought-after, but a clean, nicely equipped hardtop coupe with a small V8 is enough for the great Mustang happiness. Those who like shape and feel and are not limited to eight cylinders will also be happy with one of the durable, by no means weak, six-cylinder. Ford Falcon and Mercury Cougar are alternatives: same technology, less hype, better prices.
<?