Finally another article that makes me really unpopular: Overrated bands - in the broadest sense - there will be many. But some big names in the thick of business embody a completely twisted relationship when it comes to musical creativity and the popularity that goes with it. Don't get me wrong - the groups mentioned here aren't necessarily bad. However, what they deliver is not enough to justify their success. 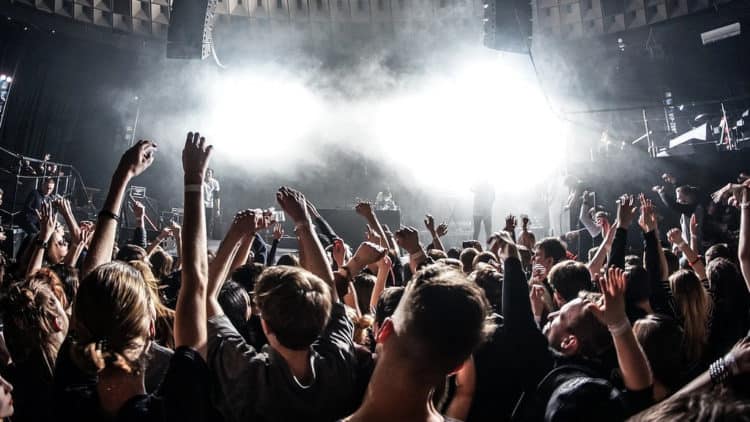 They can be celebrated, although their raison d'etre has long since appeared questionable: overrated bands.

Where do I start best? It's about bands that you know because they are known and not because their musical skills are superior. It would not occur to me in the slightest to drag musicians through the dirt for what they love and live.

I'm just not entitled to such a thing. However, I shake my head at the success that some bands are celebrating. Anyway. Bands come and go, some stay in the memory and in turn some force their way into just this through an unfounded over-presence.

As a seasoned band, it's not easy either: either you bend your style for the benefit of attracting new groups of buyers, in such a way that fans look disturbed or you get caught in the treadmill of boredom and monotony. Enough of words, here come the most overrated rock, pop and metal bands. Here we go!

I'll start with caution: one could describe Rammstein as huge and disturbing, but just as well as jaded and empty of content. A phenomenon that cannot really be described. Lots of clichés and a pyro show that can easily be rated as a creatively-musically designed penis extension. However, not every band manages to exploit the state indexing as a sales-promoting measure. A comedy show that has become music, but which does not fail to have an impact.

Slayer enjoys a symbolic character in my eyes and has meanwhile perfected the stubbornness of old age. Here service is carried out according to regulations. (M) according to a general feeling, I don't want to call Slayer fundamentally bad. "Reign In Blood" was a milestone, but the self-imposed boundaries within her genre didn't allow for much change as her career progressed. Slayers were and are slayers - no more and no less.

Let's be honest: even Scooter takes Scooter seriously. International success in over 50 countries, 30 million albums sold, showered with awards - why? Just - why? Front man H.P. Baxxter, who had his former face frozen with neurotoxins and can otherwise only be identified by his hair color, recently described himself as the smartest celebrity. His hand-made hands-up techno doesn't seem exactly intelligent. Head off, scooter on - everybody! I am the horseman!

The once less bad Radiohead cover band around Chris Martin, who today more than ever enchants the crowds in the stadium with their nursery rhymes, has recently raised questions again because of their questionable collaboration with "The Chainsmokers". If any band has internalized feeding their fans what they love, it's Coldplay. The group, which has degenerated into Brit-Pop heroes, has found its hit template and is not afraid to mercilessly impose it on us.

“Metal in idle” (Zeit Online), “self-pity-drunk black painting” (Berliner Zeitung), “The dead frog wriggles and kicks that one could almost believe it to be alive.” (Spiegel Online) The Rolling Stones of Metal have slowly grown but surely passed into cultural insignificance. To complete the criticism, the only thing missing is the compulsory comparison with Manowar, which I thankfully save at this point. But one more thing: Wikipedia has a list of the worst songs and albums of our time. Guess which album comes up?

Tell us what you think

What are your overrated bands? Can there even be bands who, despite all the subjectivity of their taste in music, consensually decline?