The OPPO phone has software updates

Oppo presents Color OS 11: This is what the firmware update offers

Oppo today announced its new firmware, Color OS 11. The user interface for smartphones is based on the Android 11 operating system, which was officially released last week. The Chinese manufacturer's UI offers a number of new features compared to its predecessor. Among other things, the focus is on ensuring that as many settings as possible are available to the user that he can adjust individually.

The highlights of the new user interface named by the manufacturer were demonstrated with an Oppo Find X2 Pro. 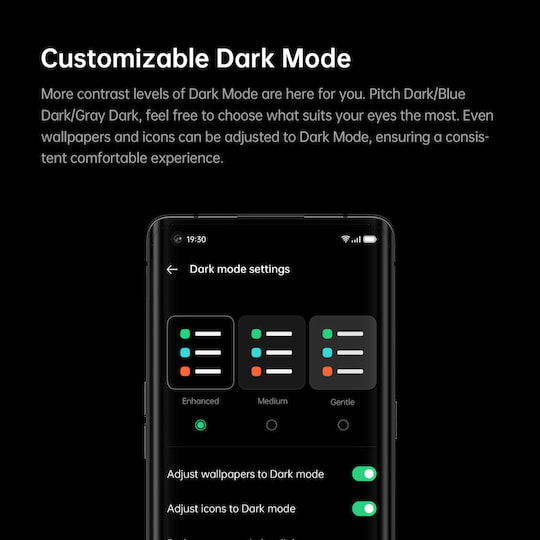 Customizable dark mode
Image: Oppo The system-wide dark mode can be adjusted in different stages, for example, grayish. The reproduction of a certain nuance also adapts to the ambient light conditions if necessary. In addition, an exact time can be set when the lighter theme - "Light Mode" - is activated.

A screenshot can be taken with a three-finger gesture. A new translation function is linked to Google's Lens recognition software, which can be used to translate the language on the screenshot into another. The "Translate" feature is also available for use in a sidebar.

The appearance of the app icons can be changed in various ways, for example by "expanding" them. 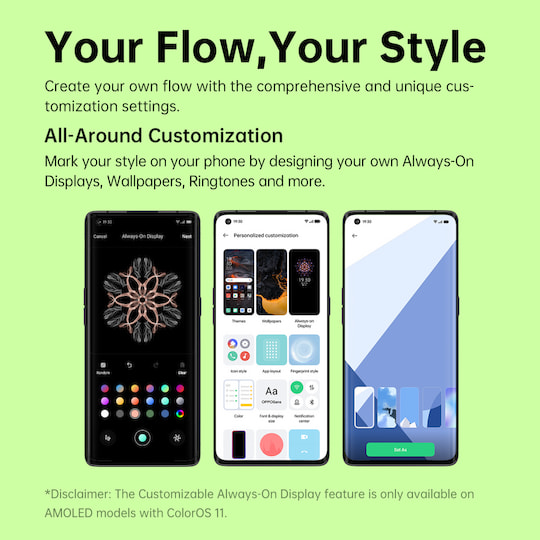 Focus on individual attitudes
Image: Oppo The always-on display shows the time, date and notifications as well as a playful symbol. The small image can be customized in the course of Color OS 11 with a fingertip drawing on the display and with different colors.

Screen backgrounds can be created using a captured photo. The AI ​​produces an adapted design based on the analyzed colors of the photo.

Color OS 11 users can use the "Lab App" to create their own ringtones from ten available melodies. Your own tone can also be used for notifications, for example those that come from messengers.

The Find X2 Pro demo device has a fingerprint sensor under the display. If this is activated, an icon appears on the display that must be pressed to unlock the screen. Color OS 11 offers new design options for the icon. 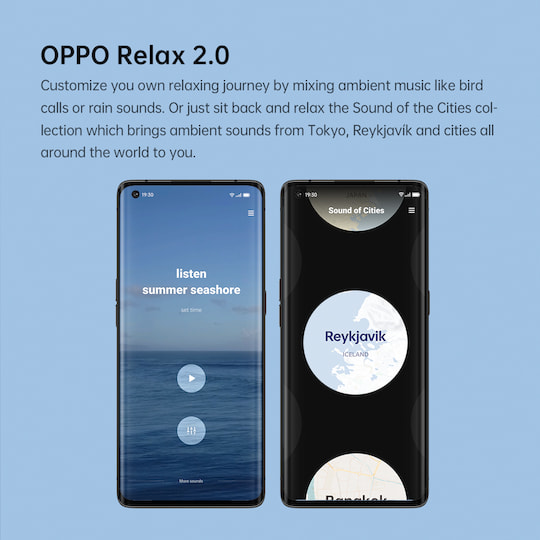 Oppo Relax
Image: Oppo "Oppo Relax 2.0" defines a sound app that captures and reproduces sounds from different locations. This was demonstrated using the "Sound of Cities" feature, which can be used to reproduce the chirping of birds, bells and other ambient noises from a specific location.

The user can restrict the access rights of apps, for example by granting them only once. If the app needs access rights again when it is reused, the user must grant them again. Apps that have not been used for a long time but have access rights should now be revoked. However, they can be granted again if necessary.

As became apparent in the course of Android 11, a new menu for managing devices (e.g. for smart home control) can be used after a long press on the power button. There it should also be possible to select Google Pay as a payment option. 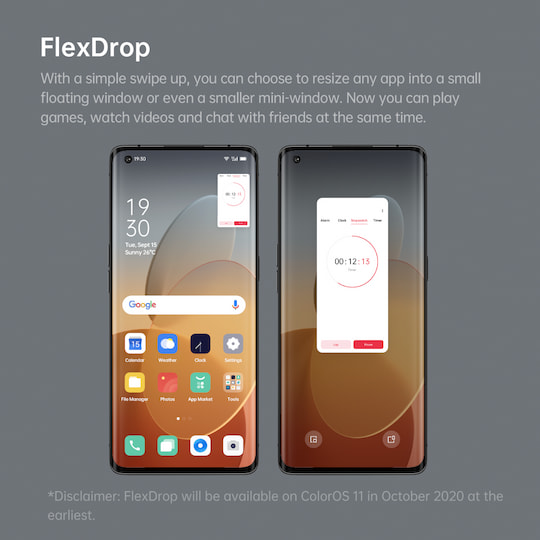 FlexDrop
Image: Oppo "FlexDrop" refers to a window that can be moved and resized on the home screen to display information - for example the arrival of the previously booked Uber driver. FlexDrop is a multi-tasking feature that can be used alongside other applications without having to close them first.

The rollout for the EU versions of selected smartphones will begin in December. Then models like the Find X2 Pro are operated. Find X2 Lite and Find X2 Neo will be equipped with the software from 2021. Other models, such as the Oppo A72 and the A91, are to follow. An open beta in Europe is being discussed. However, it is currently not yet possible to take part in the program.

Oppo is also taking off in Germany. A separate Oppo shop was recently opened at Saturn in Hamburg. There, those interested can see the cell phones like the flagship Find X2 Pro up close. You can read details about the upper-class model in a detailed test report.