Should the TV show Frasier be revived

Classic of the week: Frasier 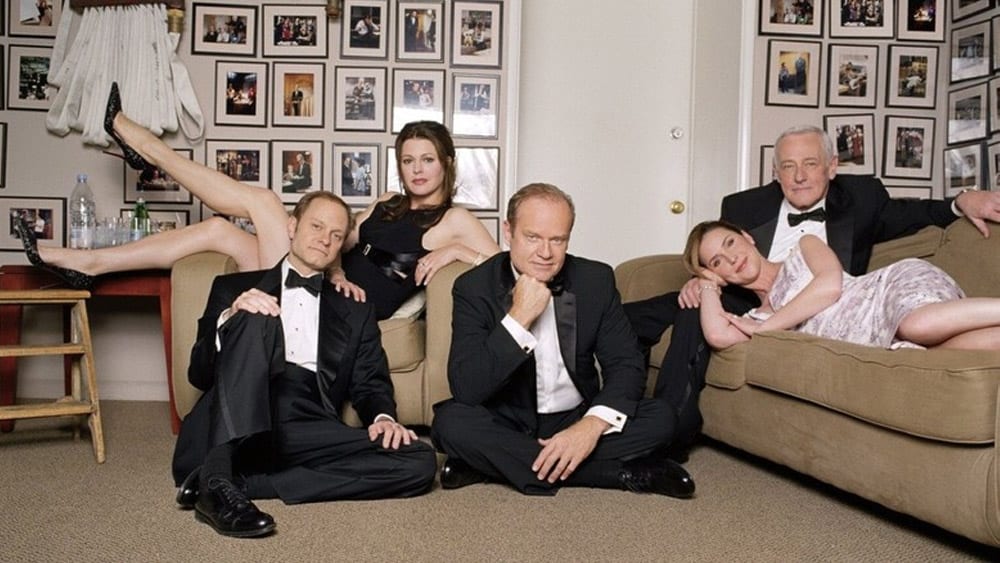 What can you say if the offshoot of one of the most successful sitcoms of all time is a little more successful and is on TV for just as long? I would say the show's writers and everyone involved did a lot right.

The figure of Dr. As is well known, Frasier Crane appeared for the first time in the world's best series "Cheers" and delighted the audience and producers to such an extent that the role that was actually only planned as a marginal figure was expanded to the main role. And after the end of "Cheers" in 1993 the idea arose to try a new series with this character, to do something other than "Cheers", but still a sitcom, and this is the one responsible in my eyes very well done.

As always, as a small introduction to the series, the intro or the opening to the series, this time in a special form. The intro to the series was constantly changing, not only in terms of the color of the lettering (each season had its own color) but in particular the animation in the background had repeatedly various small changes and gimmicks, very often of course related to the occasion (Christmas, New Year's Eve). In this clip here, which I found by chance, you can see all the animation versions of the opening of “Frasier”. I could even remember most of them.

In the 11 seasons of the series, we follow the family and work life of Dr. Frasier Crane, who after his failed marriage to Dr. Lilith Sternin-Crane (now only or again Sternin) had moved back to his hometown of Seattle and moderated a psychological advice program on the radio in which he answered questions. So Frasier is something like Domian from KACL (the radio station). Just a lot funnier.

Because Frasier feels a great urge to be valued and his snobbery is actually only replaced by that of his brother Dr. Niles Crane trumps, also a psychiatrist. When it comes to the Crane Brothers' neuroses, Niles is also number one, even if he's the younger of the two. The behavior of the brothers is in complete contrast to the character traits of their father, Martin Crane, a former police officer who lives in Frasier's huge apartment. 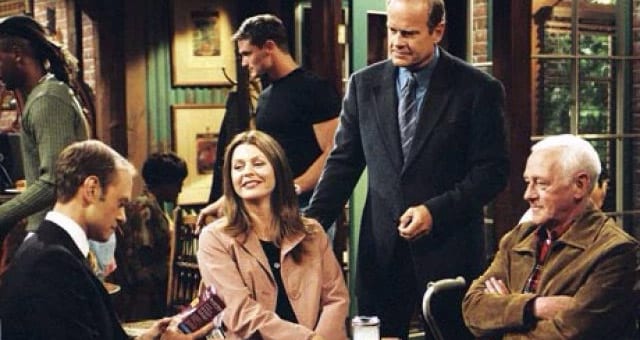 In addition to his old TV armchair, which Frasier hates because it doesn't fit into his upscale home furnishings, Martin loves nothing more than making fun of his dog Eddie and making fun of his sons, especially when they try to belong to the better society of town again or give parties to impress the city's top ten thousand with their sophistication.

And from these opposites, among other things, the basis of this very funny and entertaining sitcom is built, which was able to cast its spell over the entire duration of its viewers. 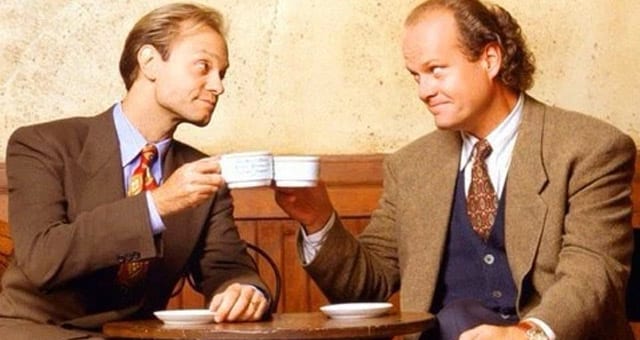 But the secondary characters also play an important role in the series.

The third person in Frasier's household is the physiotherapist Daphne, who takes care of Martin, as he has been unable to walk since his gunshot wound, which led to his retirement, and has to do constant movement exercises so that the old warhorse does not completely rust. Daphne is from England and is the secret crush of Brother Niles even though he is married to a rich woman who you never go unnoticed.

We also have Roz Doyle, the production manager for Frasier's radio shows and a good friend of the family. Roz is characterized by an increased rhythm of male acquaintances, in turn she is No. 1 in the series. Here, too, Frasier loses out if you will. 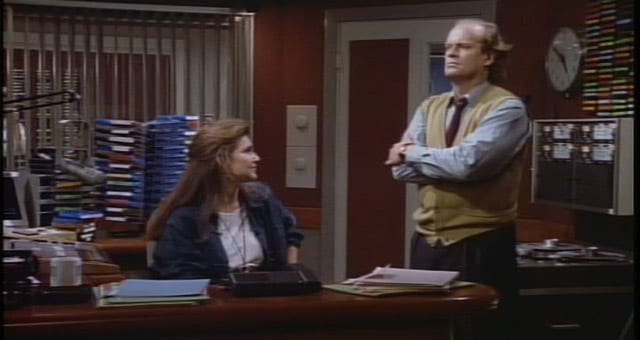 Because in addition to his family and work life, his love life or the constant search for the woman of his life has one or two laughs ready.

Where everybody knows your name

The reference to the mother series “Cheers” was of course omnipresent in “Frasier”. Again and again the characters come back to Frasier's time in Boston and with the exception of the later Cheers bar manager, Rebecca Howe (Kirstie Alley), all of the main characters in the mother series had one or more guest appearances in "Frasier". Most of all Lilith, of course.

In one episode of the third season, the Cheers even has an appearance, because Diane is in town with her drama group and her play - and this play is about her time in Cheers and of course also takes place in a stage replica of the Boston bar. 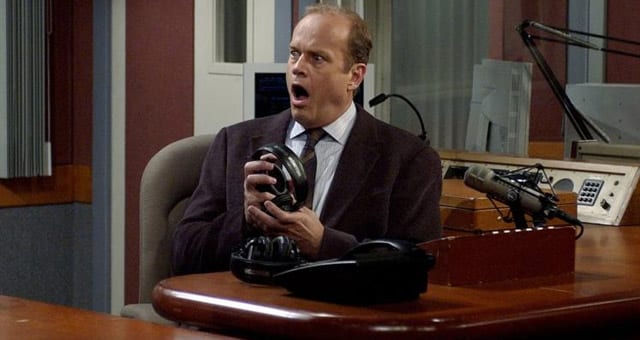 However, there are also differences to "Cheers". Frasier is still an only child in “Cheers” and is less snobbish and cultured as in “Frasier”. The entire figure is laid out “more mature”. In "Cheers", Frasier's father is still a scientist and is no longer alive, in "Frasier" Martin Crane is the only role besides his two sons that appears in all 264 episodes. And he is absolutely down to earth in contrast to his sons, which is probably also the reason for the “revival” of the father. The contrasts are always the reason for funny dialogues and scenes.

Funnily enough, two actors from "Frasier" also had a guest appearance on "Cheers". Peri Gilpin, the actress who played Roz Doyle, portrayed a reporter in the final season of Cheers. John Mahoney, the Martin Crane of the series, a composer for that Cheers should create a promotional song.

Speaking of music. At the end of each episode, the series theme ran through the credits, "Tossed Salads & Scrambled Eggs", a beautiful number sung by Kelsey Grammer himself. And with that I will release you for the rest of Sunday. 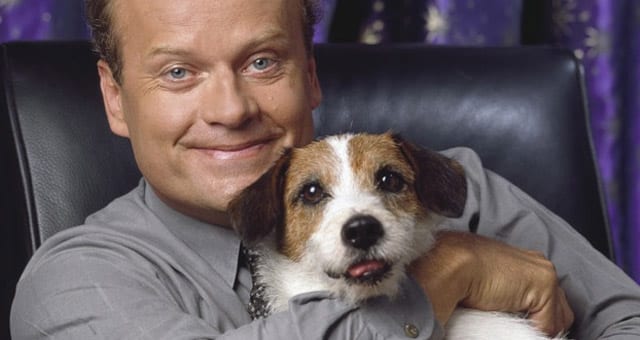 Should you ever notice the series by chance, here and there you can stumble upon repetitions, be sure to check it out, no matter which season is running. You very quickly get a feel for the series and the answer to the question of whether the series is for you.

I would guess so. Because “Frasier” is a lot of fun. Still and anytime.