What is carb cycling

What does carb cycling mean?

What does carb cycling mean? Does It Help To Burn Fat Faster In Diet? 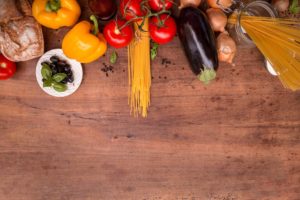 Summer is just around the corner and many are starting their diets again. But usually they notice after a very short time that the decrease in body fat begins to stagnate. There are now different diets and methods to lose weight. One of them is carb cycling. With this type of diet, the carbohydrates are consumed in alternating phases in low, medium or high levels. The goal is to lose fat while building muscle at the same time. Carb Cyling is explained in detail below. How does the method work and what are the advantages and disadvantages?

What does carb cycling mean and what are the advantages?
Carb cycling is understood to mean a cyclical supply of carbohydrates. So the same amount of carbohydrates is not eaten every day during the week. It varies depending on the training phase. In addition, the protein consumption should be relatively high so that the muscles get what they need. This is to build lean muscle mass. So the diet is not only geared towards burning fat, but also building muscle. Carb cycling is therefore very popular with fitness athletes and bodybuilders in particular. Those who skillfully implement this method can work effectively on their dream figure. The exact application is explained below and tips are given on what to look out for.

* Lower carb
On the lower carb days, only 75 percent of total calories are consumed. So there is a calorie deficit. Training is easy. There is also talk of maintenance training.

* Medium carb
On the medium carb days, the calorie balance is balanced. So as many calories are consumed as are burned. There is no training.

Use of carb cycling
On intensive training days, the body is supplied with more carbohydrates in order to have the necessary power. The medium carb days are characterized by a balanced balance of calories and carbohydrates. They serve to give the body a break. Then neither too much nor too little should be eaten. In the lower carb days, the body receives hardly any carbohydrates and fewer calories, so it also has less strength. Ultimately, carb cycling does not consume more calories, but the carbohydrate intake is simply distributed according to the intensity of the training.

Carb Cycling - what to look for?
How successful the method is also depends on the quality of the carbohydrates. Fast simple sugar has a stimulating effect after the training units within a very short time, so that regeneration is improved. Otherwise, long chain carbohydrates are better. They satiate longer and keep the blood sugar level constant, so that the body has a sustainable source of energy. It is also important to keep an eye on the total calorie intake. So it doesn't work without arithmetic and weighing. In addition, the proteins must not be forgotten. Sufficient protein should be consumed in all phases to provide the muscles with what they need to grow.

What are the benefits of carb cycling?
The advantages, compared to other diets, are that on days when a lot of carbohydrates and calories are consumed, there is much more power available. So more weights can be handled. This makes it possible to train longer and more effectively and to build more muscle mass. The new muscle mass also ensures a higher metabolism. Thus, a better basal metabolic rate is achieved, which in turn benefits fat burning. The body burns more calories. Even on the lower carb days, fat is burned. With carb cycling you can stay in good shape all year round while building new muscle mass at the same time.

Are there any disadvantages?
The biggest downside is that creating an accurate plan takes some effort, especially at the beginning. The prerequisite for successful implementation is to find out the exact calorie requirement for the week. Carb cycling users sometimes need several tries and have to readjust their eating plan. Those who get the hang of it and train effectively can achieve their goals faster than with other methods.

Conclusion
Carb cycling has a decisive advantage: Since many more carbohydrates are consumed on high carb days than are actually needed, the body has more power so that it can lift more weight. As a result, more muscle mass can be built up in the long term. In turn, more muscle also burns more calories, which benefits fat burning. Even on the lower carb days, your metabolism is in full swing. Less energy is supplied to the body, so that it gets it from the fat reserves. The result: even more fat is burned. This is what makes carb cycling so effective when implemented optimally.