Why should I eat poop 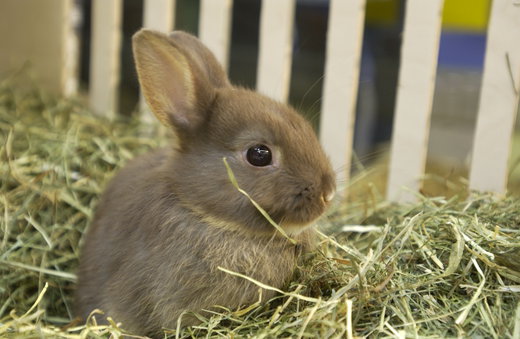 If rabbits eat their own droppings, there is a reason. This is because appendix feces, which play an important role in nutrition.

Some pet owners may be shocked if one day they notice that their rabbits do indeed take in their own droppings from time to time. This usually happens rather inconspicuously and mostly in unobserved moments: The animals ingest the faeces directly from the anus. But why do they do that?

This is a special part of the intestinal excretion, the so-called "appendix feces". If normal rabbit droppings are known to be dry and spherical, the so-called appendix droppings, on the other hand, are finely glued together in the shape of grapes and appear rather shiny. But be careful, if you often find it in the enclosure or in the open air area, something is wrong: usually the droppings are eaten - and for good reason.

The natural diet of rabbits consists of material rich in crude fiber - herbs and grasses, leaves, bark and twigs contain a lot of cellulose. This usually cannot be digested. However, there are special bacteria in the rabbit's appendix that can do just that. They break down the cellulose and use it to form valuable nutrients such as carbohydrates, fatty acids and vitamins. Vitamin B in particular plays a role here.

An important part of rabbit nutrition

Unfortunately, these freshly produced nutrients can no longer be absorbed by the body in the sections of the intestine following the appendix. It is therefore necessary for the rabbits to allow the appendix to pass through the intestines one more time. To be on the safe side, you take it up directly from the anus and the nutrients it contains can then be used in the anterior parts of the intestine. This is an important part of the rabbit diet.

If the typical grape-shaped appendix excrement, which is often mistaken for mild diarrhea due to its softer consistency, is lying around in large quantities, the cause should be explored: a change in diet or an abundant supply of vitamin B in the diet may be the reason for this. On the other hand, it can also be an alarm signal, namely if the affected rabbit cannot ingest the existing appendix. This can be due to a dental problem as well as restricted mobility of the animal, for example due to osteoarthritis or obesity. Stress in the group or from the environment, so that the animal does not have enough time to take in the appendix, could also play a role.

If you notice that the grape-shaped droppings stick to the fur around the anus, this is a sign of a digestive disorder.

So if it is not entirely sure what the reason for the changed feces or behavior is, the best thing to do is to take the animal to a veterinarian.