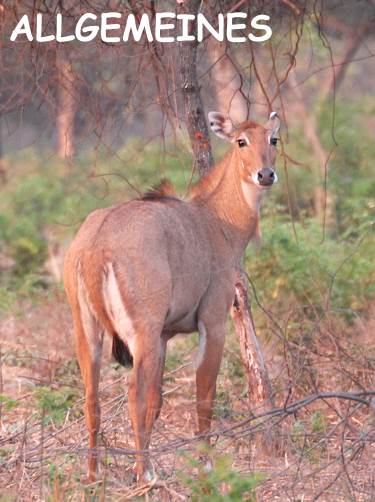 The Corbett National Park is rightly famous because it contains the first piece of nature in India to be protected as a national park. Located in Kumaon in the state Uttarakhand at the foot of the Himalayas, he is today after the British hunter Jim Corbett named. Because he, also known by the nickname "The Gentleman Hunter", founded the first Indian national park here in 1936. Was born Jim Corbett in the near Nainital, he was a charismatic philanthropist with Irish roots. In the first half of the 20th century he hunted man-eating tigers and leopards on behalf of the British colonial administration Kumaon and Garhwal unsafe. Tigers usually shy away from humans, but they can be very dangerous if they are wounded. Even tigers that are disturbed at the crack or a tigress with cubs attack a hunter without compromise. Hungry old tigers also see humans as easy prey. The same goes for leopards. A single tigress that Jim Corbett pursued doggedly at the time, killed a total of 64 people between 1926 and 1930. The most famous leopard in the world as the "Man eater of Garhwal" killed the first of a total of 125 victims on June 9, 1918. The hunting ground of this ogre was exactly on India's most important pilgrimage route, that of Haridwar from the Ganges along to its sources. Back then, people only walked here and the exhausted pilgrims were easy prey.

But the increasing shooting of the majestic big cats soon made the hunter the advocate of the hunted and thus an icon of the Indian nature conservation movement, with a deep love for the jungles of India. In his homeland Kumaon he is revered like a saint today and his charity was widely known. Together with his sister, who was also unmarried, he cared for sick Indians. And he created a sanctuary for his beloved jungle that first Hailey National Park after Sir Malcolm Hailey was called, in 1952 it was then in Ramganga-National Park renamed. The national park has been named after its founder since 1957: Jim Corbettwho died in 1955. Until his death, after his career as a hunter ended, he preferred to travel through the jungle with a camera rather than a weapon and published numerous books with his adventures. They carried titles like "My India", "Jungle Lore", "Tree Tops", "Man-eaters of Kumaon", "Man-eating Leopard of Rudraprayag" and "Temple Tiger and more Man-eaters of Kumaon" and are valid today as a classic. They describe precisely and entertainingly the behavior of the big cats, but also the culture of the people here at the foot of the Himalayas, and they are well suited for preparing a visit to the region. 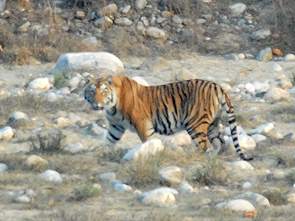 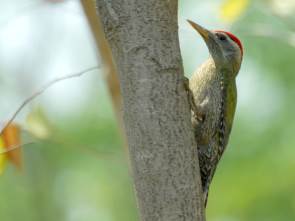 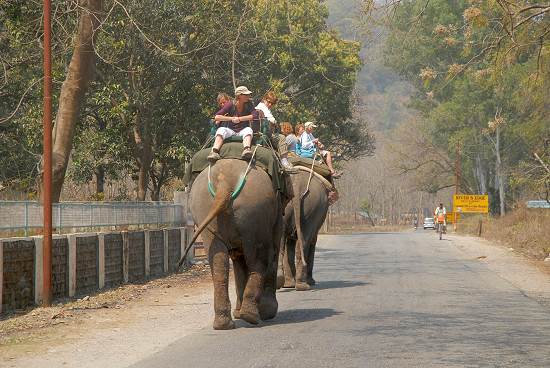 The Corbett National Park is 550 km2 in size. Together with the adjacent Sonanadi-Protected area he forms the Corbett Tiger Reserve, which was founded in 1973 as part of the Tiger project. This project protects tigers in more than 20 national parks across India. Unfortunately, it is questionable whether it will really help to stop their extermination in the end. In parks like Sariskawhere many tigers once lived, poaching has already wiped them out. How many tigers are really still within the park's boundaries today Corbett National Park live, whether 100 or less, estimates and information about this differ widely. However, through the installation of automatic cameras and the identification of the tigers via their facial pattern, it has been found in recent years that there are far fewer tigers everywhere than previously estimated through observation. Indian wildlife experts admit today that there are probably fewer than 3,000 animals in all of India by now. That would be about half of the specimens of this big cat species still living in the wild worldwide. 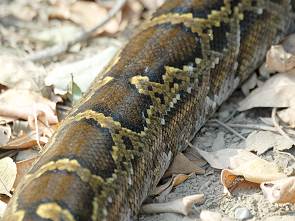 With luck we saw three proud specimens, a tigress in Ranthambore in Rajasthan and two specimens here in the Corbett National Park, right behind the entrance gate at one Canter-Safari. Most visitors, however, only see their huge tracks in the sand or trees with marks at head height on which the tigers sharpened their claws.

Through the Corbett National Park flows a great river that Ramganga River, which flows into a large reservoir on the western border of the protected area. Crocodiles can often be seen on its banks, including the rare, long-nosed ones Gaviale. This only representative of its kind alive today, the gharial (Gavialis gangeticus), lives exclusively in the rivers of the northern Indian subcontinent. 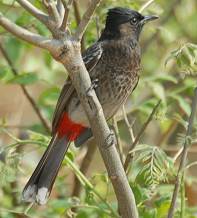 Of course you can find in the Corbett also a variety of other animals. To list them all would be beyond the scope of this. The best-known representatives are of course the wild elephants, between 200 and 600 specimens in the park, the information varies. We only saw two riding elephants in the camp, the wild animals were all hiding. There are also countless smaller mammals such as sloth bears, wild boars, rhesus monkeys, jackals, collar bears, martens and mongooses, muntjacs, axis deer, sambar deer, Nilgai antelopes and nocturnal porcupines. Many bird species also live in the landscape. Since the Ramnagar was dammed into a lake in 1974, 585 species of birds have settled here. Whether vultures, peacocks, crows, woodpeckers, kingfisher, pigeons, partridges or drongos, Corbett is one of the most species-rich areas for ornithologists in India.

The landscape of the park is also very varied; the main vegetation is sal forests, but pine stands can also be found at higher altitudes. The vast meadows that were once created by clearing the forests for cultivation are called here Chaur. Above all, they provide food for the grass-eaters and these naturally also attract the big hunters. 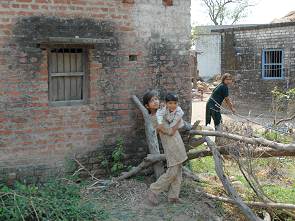 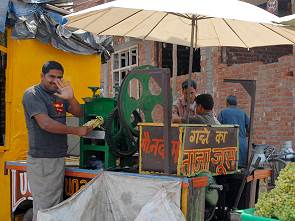 The best time to visit the Corbett National Park is mid-November to mid-June. The park is closed during the rainy season. The nearest airport is 110 kilometers away in Pantnagar. The nearest train station is in Ramnagar, 51 km away. Buses run regularly from there to Delhi.

who Corbett visited, he should prepare very well. Most of the hotels and the smaller accommodations are outside the park boundaries. We stayed at Jims Jungle Retreat in the south of the national park and were so very close to it Jhirna Section. There are some simple ones within the park boundaries Forest hats and also more luxurious camps like Dikhala. You can only visit this part of the park with your own car if you also book an overnight stay there. If we had known that beforehand, we would have distributed the stay differently instead of 3 nights Jim's Jungle Retreat also a night Dikhala. Overnight stays in the park should be booked at least 30 days in advance, anyone who cannot present a booking will not be allowed to visit. Here, too, foreigners pay up to nine times the price that the Indians have to pay. You can only get to this section of the park with an organized tour, and only with one, relatively spontaneously without pre-booking Canter. Not necessarily recommendable, as you can read on the Canter Safari page. Not suitable for people with back problems.

In the morning, only 30 vehicles can enter the various sections of the park with advance notice. Nobody can pre-book in the afternoon, there is officially a queue between 10:30 a.m. and 1:30 p.m. Reception Center at the headquarters of the Forest Department in Ramnagarto get one of the 30 permits per park section for the afternoon. According to information from locals, everything is often gone by 10:45 a.m. The chances of an afternoon drive are therefore rather low, which was very disappointing for us on site. Because according to the travel program we were promised this on the day of arrival. Instead of a jeep safari, we were offered one Game Walk in the forest and an elephant ride. Not a real alternative.

Conclusion: After booking, regardless of the travel agent, contact the accommodation at the park and inquire about all the possibilities for activities in detail, determine the desired excursions and have them confirmed by email. With the right timing, you can win two full day safaris in your own car by spending a few nights in a camp within the park.

Google map on the subject