How is cannabis named 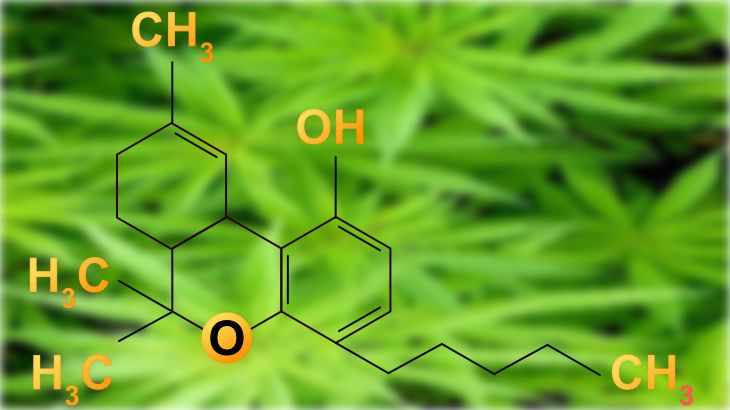 How does cannabis work? The world's most widely used illegal drug is currently being discussed again because of its potential pain relieving effects.

The dried calyx and bracts of the female cannabis plant (Cannabis sativa), also called Indian hemp, are called grass or marijuana. Hashish is their pressed resin. There are over 60 different so-called cannabinoids in these plant components. Delta9-tetrahydrocannabinol (THC) plays a central role in the effect on the psyche, cannabinol (CBN) and cannabidiol (CBD) are less important. Cannabis products are mostly smoked, but also eaten or drunk; Possession and trade are illegal.

As far as we know, the active ingredient THC is mainly responsible for the intoxicating effects of cannabis. It docks to the two receptors CB1 and CB2 of the cannabinoid system, activates them and thus takes over the function of the body's own messenger substances, the endocannabinoids. CB2 receptors are primarily related to cells of the immune system. Their effect is still poorly understood. CB1 receptors occur in many places in the central nervous system, especially in the hippocampus and also on the ends of nerve cell processes that form the pain-conducting pathways. You are responsible for a whole bouquet of functions. Communication between nerve cells is very important: activated cannabinoid receptors report to a firing cell when the downstream cell is sufficiently activated. This prevents a further release of messenger substances.

THC now inhibits nerve cells in this way that pull from the ventral tegmentum into the reward center, the nucleus accumbens, and there should actually have a self-inhibiting effect on the release of the neurotransmitter dopamine. As a result, THC indirectly ensures the release of precisely this messenger substance. The more dopamine is released, the greater the feeling of happiness that is triggered.

Apart from that, cannabinoids cause a functional disruption of nerve cell communication, as they inhibit the so-called long-term potentiation of synaptic transmission. This is related to learning and memory.

Effects on body and mind

Inhaled, the effects of cannabis unfold within five to 15 minutes, taken orally after about an hour. Since cannabinoid receptors occur in many areas of the brain and also fulfill many functions, the effects of cannabis are also diverse: The intensity of moods and emotions increases, up to euphoria. Many consumers feel relaxed, sometimes silly (laugh flashes). But it is also possible to intensify negative emotions. Associative thinking is encouraged, while the ability to concentrate and the ability to drive decrease. The short-term memory is disturbed, memory gaps and "film tears" can occur. Problem awareness and the drive to solve problems also decrease.

Mainly, cannabinoids have analgesic effects. This is because nerve cells react more sensitively to chronic pain, for example, and are also easier to arouse (The Infinite Pain). THC counteracts this by suppressing the transmission of signals to the thalamus and higher core areas of the pain network. Cannabis also works against nausea and stimulates appetite, which is why it is used against loss of appetite with weight loss in HIV. After other remedies fail, doctors also use it successfully against nausea and vomiting during chemotherapy.

Since CBN in particular has a relaxing effect on muscles, cannabis is also used in multiple sclerosis, as well as for muscle relaxation in spastic syndromes. Cannabis is also used (off-label) against Tourette, epilepsy and glaucoma. However, due to a lack of high quality studies, the evidence is questionable. In addition, there are usually better pharmacological alternatives for this. Furthermore, cannabis is used in palliative medicine, i.e. in medical treatments that do not aim to cure an existing underlying disease, but to reduce the consequences. For medical use, research is currently being carried out on THC derivatives, i.e. variants of the THC molecule, which retain the positive properties without triggering the intoxication state and having a negative effect on memory.

Acute signs of high cannabis are drowsiness, euphoria, memory problems, dry mouth, increased heart rate and decreased blood pressure. At higher doses there is coordination disorders, lethargy, slowed speech. Cannabis use can cause cramps in people who are predisposed to it.

Cannabis can be psychologically and physically addictive. Consumers do not perceive physical dependence directly, however: Because cannabis is fat-soluble and is released from the adipose tissue into the blood for some time after it has been stopped, it takes some time for withdrawal symptoms to occur. These fat stores are only emptied after five to ten days - symptoms of withdrawal appear. For a long time it was disputed whether there was a cannabis withdrawal syndrome, but in 2014 it was included in the guideline for mental disorders DSM 5.

Young people who regularly use cannabis show development deficits and achieve poorer school-leaving qualifications. In adolescents susceptible to psychosis, cannabis also increases the risk of developing psychotic episodes in adulthood when used chronically. Apart from that, it generally worsens the course of psychotic illnesses.

Indian hemp is one of the oldest known useful plants. Seeds and oil are used for food, the fibers for making ropes, fabrics, clothing and paper. The oldest mention of a medical application can be found in the Chinese text Shen Nung Pen Ts’ao ching (depending on the source approx. 300 - 200 or 2800 - 2700 BC). Cannabis is the most widely used illicit drug in the world.