Hello my loved ones 🙂

Today I wanted to introduce you to my very favorite Kpop group. You have probably already taken from the heading xD who it is about

It was the beginning of May 2015 when I started making the boys better "To get to know" and to give your music a second chance. I had seen her before, I think it was with "Boy In Luv" and that was just too much hip-hop for me, so I didn't pay any attention to them. Later than me "Dope" and "I Need U" then saw they had me under their spell.

Since then I have looked for her every day and I still hope, like everyone else in Europe A.R.M.Y, on European tour dates 😀

So, now to the individual members. I'll just start with the oldest:

Discovery: He was discovered on the way to university (Konkuk University in Gwangjin-gul) because of his good looks. He actually wanted to be an actor.

Dream woman: A girl who looks like a "puppy" (I think should mean that she should look cute: D) also has a sweet personality, a girl who is nice and treats her well and of course a girl who can cook well (he can then you can cook together * ~ *). Size: 1.60 - 1.66m

Weight: 59kg (he is the lightest or the thinnest in the group)

Discovery: He had won 2nd place in a Big Hit rap competition. Actually, he doesn't want to become an idol at all. He just wanted to be in a hip-hop group without that make-up and choreography stuff.

Hobbies: chilling, taking photos, writing lyrics (he writes most of the songs for BTS)

Dream woman: A girl who is like him, a calm and wise person, a girl on the same wavelength and who has the same taste in music as him. Someone who understands him (I think he means that music means a lot to him and that he would put everything under his career. Music is in its place 1) Height: 1.55-1.60m

Discovery: He was not unknown. He was active in underground rap as Smile Hoya and is also a great dancer.

Dream woman: A girl who likes to read, supports her boyfriend / husband and is good at cooking. Size: 1.60-1.64m

Discovery: He was into underground rap (he called himself there Runch Randa) also not unknown and had its own group which itself Daenamhyup called. He was also the first to be signed to BTS by Big Hit.

Dream woman: A sexy girl with a beautiful voice with whom he can talk long and hard. A girl who is moderately feminine (I have no idea what that means xD) and looks good in a white crop top, jeans and red Converse. Size: 1.66-1.70m 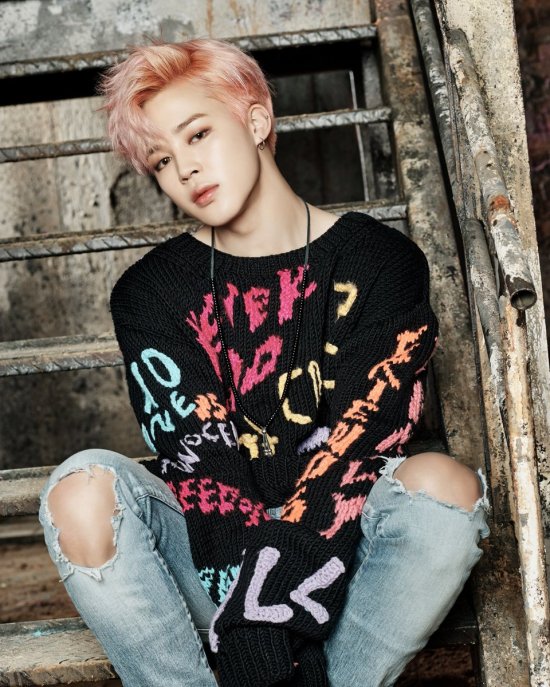 Stage Name: Jimin (My BIAs/ Favorite of the group <3)

Position: chief of singing and dancing

Discovery: He had gone to a casting in his hometown and was able to prove himself as a potential member. He was very into modern dance at the time.

Discovery: He hadn't actually planned to be cast, he had only accompanied a buddy, but an employee of Big Hit had persuaded him to take part because of his good looks.

Hobbies: surfing the internet, looking for music that nobody listens to (underrated)

Discovery: He took part in the casting show "Super Star K", but unfortunately dropped out. Nevertheless, he had received many inquiries from various (and above all "better" and better-known) entertainments and finally decided on Big Hit because he was so enthusiastic about Rap Monster.

Favorite food: bread, pizza, anything made of flour

Dream woman: A clever girl who likes him and can sing well, cook well, have beautiful legs. He wouldn’t mind if she’s older than him. Size: 1.68m or smaller

And? So I think you first have all the important information you HAVE to know about the members. There are still little things, but if you want to know more about the guys, you can google a bit yourself.

I grew very fond of the boys and I can tell you one thing about why I love them so much. The guys are just themselves. They don't pretend to be extremely in front of the camera and they're always in a good mood. Each of them is so different, but still they love each other, support each other and are always there for each other. Competition? 0! You can really say that BTS has become a family. They have been through so much together, started from zero and see where they are now. I'm so proud of them because they do their job ALONE. They write their songs and even produce them themselves. I love them because they just make my day better and put a smile on my face every time I'm sad.

So, enough with that languishing, I just want to say that despite the success you are currently experiencing, you have stayed really on the ground.

Now, at the very end, I wanted to tell you my all-time favorite songs from them. It will be difficult, but I'll limit myself to 15 pieces: