How can I write to Steve Perry

STEVE PERRY is back! 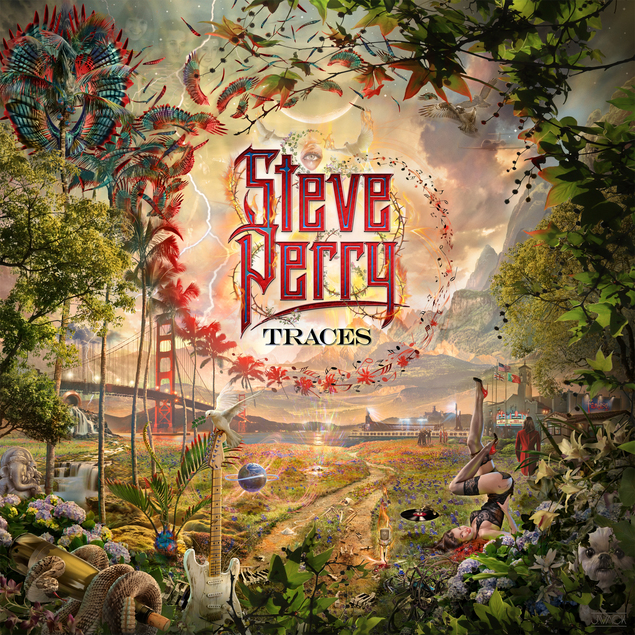 The impossible is done immediately, miracles take a little longer. This was roughly the mantra of all those who had hoped for new song material from ex-Journey voice Steve Perry over the past twenty years. But already last Monday, a tweet from user steveperrymusic with the content "I know it's been a long time comin '..." fueled speculations that are now confirmed: after what feels like an eternity, Steve Perry is finally returning to the music scene! He has a complete album of new material in his luggage: Steve Perry's third solo album “Traces” will be released on October 5th as CD, deluxe CD, LP and download from Universal Music.

“To be honest, I even thought in between that music was no longer an issue for me. That my heart was finished with it. I had a great time with a great band, and then afterwards I even had the opportunity to let off steam as a solo artist. After all, it was time to be honest with myself: In my heart, I knew that feeling just wasn't there anymore. with new material I played my last concert with Journey in February 1987. And then came the day when I realized that I just couldn't go on with any of this. I really felt like I had to jump off this carousel that kept turning; I had to get out of this big mothership that we had built together with so much hard work. "

After Perry disappeared completely into oblivion for many years, there were always rumors about a potential new album. Kip Winger claims to have worked with him on songs in the 1990s, the former Extreme and now Rihanna guitarist Nuno Bettencourt also reported a few years ago about sessions for a possible new Perry album. Perry only really appeared in public when his favorite baseball team, the San Francisco Giants, were playing. In 2014 he unexpectedly appeared as a gate singer at a concert by the alternative cult band Eels, and last year he was inducted into the Rock And Roll Hall Of Fame with his old Journey bandmates - but left the singing entirely to his successor, Arnel Pineda, to whom he was gentleman-like, also thanked for letting Journey's music live on.

It is certainly no coincidence that the singer, who sounds as if “all the broken hearts in the world are beating in his chest”, was led back to music by a personal stroke of fate, of all things. In 2012, Perry's partner, Kellie Nash, lost the battle with cancer.

“I've had a couple of relationships and each of them changed my life, but when I met Kellie it was a whole new level of change. I had to turn my whole being inside out to make my heart feel whole again. Sometimes it is almost the case that a heart does not feel full before it has been broken. When Kellie was feeling really bad, she wanted me to promise not to isolate myself like that anymore. She taught me a lot during the time we had together, and one of the things is that it is much better to love and lose that love than never to enjoy that love.

So it wasn't about finishing with it and going on, because on the contrary, I wanted to take everything with me, relive all my feelings and express them in the songs - hopefully to move others and be able to help them. One evening she said, 'If something happens to me, promise me that you won't back off like this. Because then I would have the feeling that all of this was in vain. ‘I never forgot this sentence and this conversation in the years after her death ... and then my love for music gradually returned.

So we (Perry and producer Thom Flowers, editor's note) first went through all of my demos - those musical traces that I had left behind. And then we started putting together a group of great musicians. At first I only created a few of these tracks electronically in the computer, but in the end we had to translate these songs into reality. That meant that musicians had to come along - real people who bring their hearts and souls to the studio. Every musician who can be heard on this album has contributed musically and emotionally. An example: Vinnie Colaiuta - he doesn't just play drums, he plays music! As a rule, he happens to be sitting on the drums when he does that! Without exception everyone who wrote or recorded these songs with me made this record possible in the first place. "

Of course, the anxious question remains: can he still do it? Is the "golden voice", as Randy Jackson once called it, still there? Well, of course, no one should expect Perry to climb the highest elevations at 69 that he was at home in in his twenties. But one thing has not changed: the feeling, the charisma and the soul are still unmistakable.

I've always seen my voice as something processual, something that you keep working on. Singing is always an unpredictable thing. After all, your instrument isn't exactly about placing a finger on a string, pressing your finger on keys, or holding drumsticks. Your instrument is just ... you! "

The text of the preliminary single "No Erasin '" is about a return - and the first line is "I know it's been a long time comin' ..."

"It's about a class reunion in the old farm community where I grew up. Specifically, it's about this return: You get in touch again with someone you haven't seen for a long time, in a place where you used to hang out and make out - only the whole thing is a metaphor for my audience, which I have been for years have not seen, and suddenly I'm back at their side, sitting in the back of the car with them, so to speak. "

But, enough chatter: listen to it yourself, here is the current single from Steve Perry: "No Erasin '"!

Probably the best thing about this development: According to Perry, a tour is already being planned!

“One of the groups that kept reminding me of my love for music is The Eels. The singer from the band, E, used to ask me again and again if I could not join in for an encore at their concerts. So at some point I agreed, took the stage after about 25 years - and I was really nervous. I had no idea what my vote would or would not do. But that voice that I was worried about was suddenly just there. And that's because the audience wanted it this way: I should go out and find this voice for them. It was then that I realized that I need the audience to find this voice. I can't do it alone.

I wouldn't have even started again if it wasn't absolutely honest and really about the music itself. I don't want to exceed anything that I've done before - or exceed anyone else or anything. I don't care about any of that today. In the end, it's very simple: when I had something to say again, I said it. And now I just want to make the music that is really close to my heart, that means something to me. I hope that then maybe it will really mean something to other people as well. "

Defenders of uncool music: AOR, symphonic prog, hard rock, thrash and eighties metal, Stax / Atlantic and mainstream rock. Addicted to BBC series and weird humor. Finds "Never Let Me Down" only the fourth worst Bowie album and "Virtual XI" better than anything Iron Maiden did after it. View all posts by SaschaG →