Framework agreement with the EU - Juncker: "Breaking off negotiations is always a sign of weakness"

Switzerland and the framework agreement - what next? The Federal Council expects the EU to be accommodating on the disputed points, while the EU expects Switzerland to move. A deadlock where a lot is at stake. Jean-Claude Juncker was President of the European Commission until 2019. The framework agreement with Switzerland was his project. Juncker's advice to Switzerland: continue negotiating - because a termination is a sign of weakness. 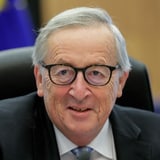 Jean-Claude Juncker (born 1954 in Redingen, Luxembourg) is a Luxembourg politician from the Christian Social People's Party (CSV / PCS). He was President of the European Commission from 2014 to 2019. Before that he was chairman of the Eurogroup from 2005 to 2013.

SRF News: What would you doif you were the chief Swiss negotiator?

Jean-Claude Juncker: My long political experience - also in dealing with third countries - shows me one thing: you should never break off negotiations. It would not be good for Switzerland, its interests and the defense of its concerns if it left the negotiating table.

The widespread idea in Switzerland that only the EU has to move is a total misunderstanding of the situation.

Breaking off negotiations is always a sign of weakness, not strength. And what looks like strength today can turn out to be a major weakness in the medium term. That would also be the case with Switzerland if it broke off the negotiations.

Doesn't it also need a sign of mutual agreement from the other party so that it makes sense to continue negotiating?

You take a strictly Swiss standpoint. I understand that. But in the EU the mood is exactly the opposite: after five years of negotiations and after a paper that was ready to be signed was on the table, it was thought that Switzerland should take a step towards the EU.

That is always the case in negotiations: Both negotiating partners think that the other has to move. Both did this in the course of the negotiations, and now both have to take further steps towards each other. The widespread idea in Switzerland that only the EU has to move is a total misunderstanding of the situation.

There are ideas for compromises, most recently a plan by Defense Minister Viola Amherd was leaked. She wants to accommodate the EU with the Union Citizens' Directive, but in return calls for a safeguard clause: If certain thresholds for social assistance were exceeded, the new regulation could be suspended again. Is the EU ready to respond to new ideas?

I am no longer the EU negotiator and I will not comment on the considerations that are now being made in the Federal Council. As President of the Commission, I have tried hard to get the matter under wraps. I have kept telling my Swiss friends that they shouldn't concentrate on the Brexit negotiations - in the hope that the marginal outcome of these negotiations would lead to advantages for Switzerland.

It would have been good for Switzerland if it had signed the agreement with me. She didn't do that and missed that momentum.

I have always pointed out that with me a proven friend of Switzerland is at the helm. And that this would not necessarily be the case if the personnel tables were to change in both Bern and Brussels. It would have been good for Switzerland if it had signed the agreement with me. She didn't do that and missed that momentum.

You said the EU never leaves the negotiating table. But with what goal? Just sitting at the table is not a strategy.

With all our love for Switzerland: We don't have that much time to lose. The aim of the entire event will always be to reach an agreement with our Swiss friends. Incidentally, this presupposes that the debate within Switzerland is clarified. The position of the various Federal Council parties is also not crystal clear - not even that of the trade unions and their various subgroups.

The Swiss Federal Council parties have different ideas about the framework agreement. Was this polyphony noticeable right up to the negotiating table when you were still President of the Commission?

No. But I was told by some of the people I spoke to that there was still a need for discussion in Switzerland. In view of the abundance and density of the problems that arise, this is not unusual either. I have never seen this as a negotiating trick. For me it was an indication that the inner Swiss democracy has to sort itself out on the question.

I can only advise Switzerland not to let it come down to making the termination of the treaty a reality.

In Switzerland there are currently many indications that the negotiations will be broken off. How will the EU react, fwhen the Federal Council should actually break off the negotiations?

I do not know that. I'm not in the pilot's seat. Frau von der Leyen is sitting in the cabin. I can only advise Switzerland not to let it come down to making the termination of the treaty a reality. That would be a sign of weakness.

And it would result in measures.

It must be assumed that there will be no dynamic continuation of the bilateral agreements. That's only natural.

The Federal Council is demanding clarifications on wage protection and the Union Citizens' Directive. Areas that are central to Switzerland with regard to a referendum. Why is the EU no longer accommodating Switzerland?

Your questions won't get any better just by repeating them over and over. Switzerland also has to move - not only the EU has to do it. Incidentally, Swiss politicians know the sensitivities in the 27 member states of the EU. These are to be taken just as seriously as the Swiss sensitivities. It is not the case that only the Commission in Brussels is negotiating with Switzerland. The 27 member states share the Commission's positions with millimeter precision. And the EU Commission is actually friendly towards Switzerland.

The interview was conducted by Simone Hulliger.