What can be inferred about Chronemics communication

Due to my doctoral thesis (handed in in April), I worked intensively with it Proxemics employed. But proxemics is just an interesting form of non-verbal communication. While in proxemics one communicates through distances and changes in distance, the Chronemics Communication through time distance and time distance change. Chronemics describes, among other things, the importance of the time dimension in non-verbal communication, the cultural, social and psychological aspects of time in interpersonal relationships. How can you imagine that?

For example, if I do not immediately send an SMS reply to an SMS received on my mobile phone, then I am already communicating through the elapsed time until the answer something. The same applies to e-mail, if I reply to an e-mail immediately, it usually means that I show the addressees of the e-mail special appreciation. A response after 24 hours is usually within the framework of the usual and if you only answer after a few days, you almost have to apologize. The waiting addressee at the other end of the line simply interprets the waiting time somehow, without being able to do anything about it. So communication takes place even if you do nothing. It is precisely doing nothing that communicates something.

Chronemics is therefore a very interesting field. Chronemik is gaining in importance, especially because of the many new technical ways of communication, because whether I am now in Skype, Twitter, AIM, in Seesmic with video messages, in a discussion forum with text, in the e-mail client or via iPhone communicate, the elapsed response time is inevitably interpreted by each communication partner. Further interesting aspects of non-verbal communication and chronemics are available here, for example.

Seen in this way, proxemics and chronemics are actually the ideal partners for non-verbal communication. While Proxemik deals with “real” spatial distance, Chronemik takes care of time distance. With Raum + Zeit all four dimensions (3 space + 1 time) are thematized in a puristic form for communication. 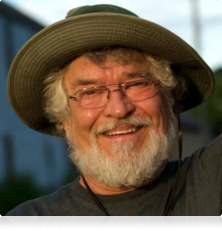 To Chronemics there are some interesting publications, which often revolve around communication sciences or semiotics.

A publication that is very appropriate to this is Chronemics: The Study of Time in Human Interaction by Thomas (Tom) Jerome Bruneau (further page). Unfortunately, he passed away in 2012. An obituary is with the Japan-U.S. Communication Association to read.

thanks Andy Schmitzwho practically freed the book, it has been licensed under the Creative Commons by-nc-sa 3.0 since December 2012 and can therefore be passed on. Mr. Schmitz does a really great job in matters Book exemption with his Book Archive 2012 (although there is more to it ...). Incidentally, this passion is dedicated to Aaron Swartz, to whom I recently dedicated a post in memory. 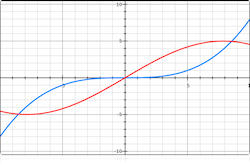 In addition, Schmitz has created a really great plotter software / website called Graph Sketch, with which you can, for example, plot one or more function (s) and their curve progression. Here he writes a little more about the software himself. 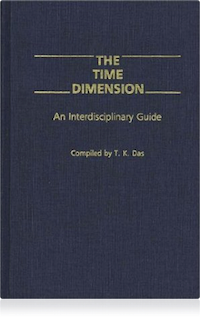 Another interesting book seems to be a compilation by a student of Bruneau to represent. The Time dimension: an interdisciplinary guide of T. K. That; I could not find a full name of this gentleman. His first and last name seem to consist of one letter each, his book apparently consists of significantly more characters.

Why do I blog this? Obviously, our non-verbal communication is also determined by so-called space-time and its simple existence. Thinking about space and time occupies me again and again, especially in relation to proxemics and communication, I have noticed that proxemics cannot be described without a time dimension. On the other hand, not a single spatial distance can be overcome without taking time. In this way, one can already make it clear to oneself "on a small scale" that space and time are inseparably interwoven, precisely in "space-time". It would be interesting whether there is also a virtual chronemic similar to the virtual proxemics. Since the temporal context does not actually change in virtuality (once the global time zones are disregarded), virtual chronicle is probably not an area that must necessarily be differentiated.

By the way: The graphic at the top is not really consistent with what I mean by that, because actually there should be two arrows and two messages are displayed as circles, one in the direction of Paul and another with a different color in the direction of Linda. I'll revise that when I get the chance.