Why is hydrogen the lightest element

Hydrogen is the most common element in the universe and makes up about three quarters of all classical matter. It arose from the first matter in the early universe, when the universe cooled sufficiently that protons and electrons could come together to form atoms. Consisting of only one proton and one electron, hydrogen is the simplest and lightest element. At room temperature it is a flammable, colorless, odorless and tasteless gas, which consists of H.2Molecules. Due to its low molecular mass, hydrogen conducts heat very well. Under very high pressure the element forms a solid metallic phase. It is believed that the inner areas of the giant planets contain metallic hydrogen.

Hydrogen is sparingly soluble in water and other solvents. On the other hand, some metals can absorb considerable amounts of hydrogen, palladium, for example, more than 800 times its volume. Although molecular hydrogen is not very reactive, the element forms compounds with a large number of substances. On earth it not only occurs in connection with oxygen as water, almost all organic molecules also contain hydrogen; if the element is attached to an electronegative atom such as oxygen or nitrogen, it can form a hydrogen bond. This type of binding, which is not very stable, but is all the more important in biology, remains a mystery in its details to this day. 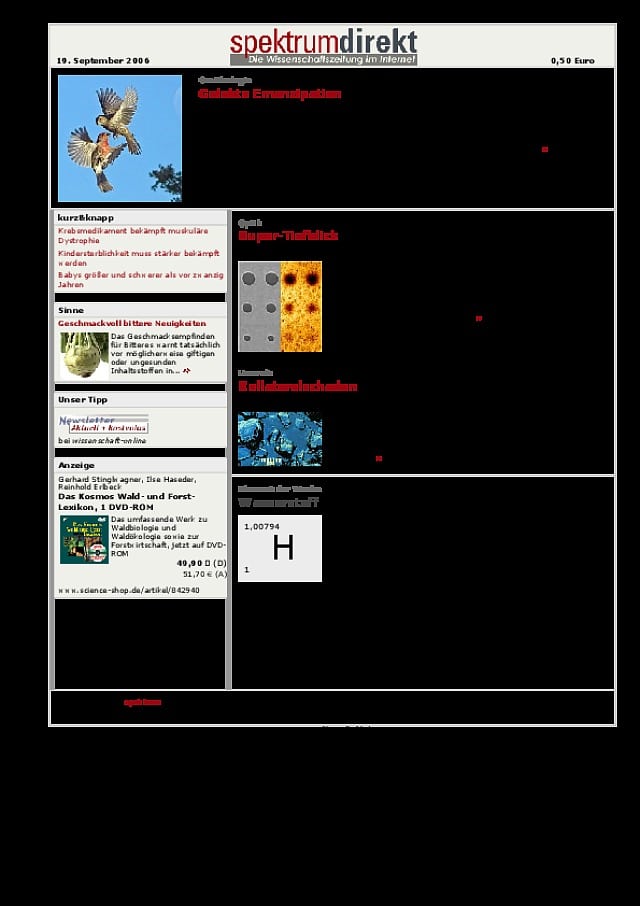 Industrially, hydrogen is obtained mainly through steam reforming; this involves converting methane from hydrocarbon mixtures or natural gas with water vapor to form carbon monoxide and hydrogen. In the future, water electrolysis may become important - provided that the necessary electricity is available. Because of its low density, hydrogen was used as a buoyant gas for balloons and airships for a while, but this turned out to be a bad idea because of its flammability in the presence of oxygen. The petrochemical industry currently uses the largest amount of hydrogen to refine fuels, for example to remove sulfur from the raw product. The element is also used to produce ammonia, the raw material for nitrogen fertilizers, in the Haber-Bosch process. In turbines, hydrogen is used as a coolant because of its high thermal conductivity.

In addition, hydrogen can be used as a liquid or gaseous energy carrier for vehicles. This possibility is being discussed primarily because hydrogen burns cleanly and can in principle be produced from water as required without releasing carbon dioxide. However, its energy density per volume is significantly lower than that of fossil fuels, and a great deal of energy is required for its production and storage. That is why many experts are critical of hydrogen technology. The hydrogen isotopes deuterium and tritium would be the fuel for fusion power plants, but whether and when this technology will come is unclear.

Because of its importance for organic chemistry, hydrogen also plays a major role in biology. The concentration of hydrogen ions in cells is precisely controlled and crucial for all organisms. Differences in concentration across a membrane drive the formation of the cellular energy carrier ATP. Many microorganisms produce or consume hydrogen. Experts suspect that geochemically generated hydrogen feeds a large part of the deep biosphere, the microorganisms in the bedrock.