How do we make spelling mistakes

Correct or not? Dealing with misspellings

We use cookies to improve your user experience. However, we need your permission for certain offers. You can revoke this at any time afterwards in our data protection declaration. 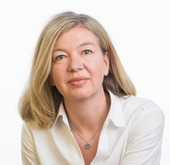 Ulrike Lindner studied social and business communication at the University of the Arts, Berlin. She works as a freelance journalist, copywriter and presenter.

© diego cervo - Fotolia.com
“Das kint get in den tso” writes Luisa in her notebook. What makes the first grader proud is more of a concern for her parents. Like many guardians, they wonder if they should correct their daughter's spelling mistakes. Or whether it could nip the child's eagerness to learn in the bud to point out that the “tso” is a zoo after all.

Hardly any other topic has been discussed as extensively for years as the acquisition of written language and dealing with spelling errors in the first years of school. The “reading by writing” method, in which schoolchildren understand the German language through what they hear, has come under increasing criticism. Adults should not intervene in this process or correct mistakes. The method was developed in the 1970s by the Swiss pedagogue Jürgen Reichen for the primary school sector and also endorsed by the primary school association.

Dealing with spelling mistakes: Free writing is not suitable for everyone

Critics complain that especially children with learning difficulties or those who are not confident in the German language have problems with the hearing method. Even those who do not speak flawless High German but speak dialect are at a disadvantage. These children rather needed a structured, sequential reading and writing course, while students with well-developed skills in listening out sounds and syllables would be motivated to write their own texts by "reading by writing" and would have few problems with spelling in the subsequent school years integrate.

Instead of choosing a method between the primer and free writing, many educators today rely on method integration. They advocate including free writing from the reading by writing approach in systematic writing courses for the first grades. Tables of sounds are already included in almost all primers today and, according to the experts, can also help to convey important sound-letter relationships to children in the early months. It makes sense to have the children write motivated texts and to write their own words and at the same time to teach them orthographic strategies. This could also include a mandatory basic vocabulary, which has now been reintroduced in elementary schools in several federal states.

When dealing with spelling mistakes, it makes sense to correct spelling mistakes. As soon as a child has learned to assign letters to the sounds (i.e. can write phonetically), one can draw attention to what the "adult spelling" looks like. So if a misspelled word appears in the text, teachers can write the “adult spelling” next to it or highlight individual words. However, it is important to keep an eye on the child's level of development and psychological robustness in order not to be discouraged. Feedback and sensitivity to errors are important, but should not be moralizing, but stimulating. Like many other things, joy in written language comes from praise rather than criticism. Reading and writing texts are more important than absolutely correct spelling today.

When dealing with misspellings, these strategies are useful: