Hillary Clinton is a terrible person

USA: A choice between fear and love

White there, black here. There men, here women, trans and intersex people. There a single man celebrates himself, here people from all over the country celebrate and discuss their ideas, hopes and dreams. There the Republicans. Here the Democrats.

The nomination congresses of the two major US parties are not always as close together as they were this year. It's only been a few days since the Republican Donald Trump Festival came to an end in Cleveland after an excessive speech by the newly elected presidential candidate in a rain of red, white and blue balloons. Perhaps it is this almost immediate comparison that makes the differences so stark. Perhaps it is the extreme Twitter election campaign that polarizes the mood so much. Or maybe it's just plain reality.

Difference at a glance

Even if all stickers, signs and T-shirts were forbidden, a single glance at the respective venues of the nomination party congresses would be enough and it would be clear where you are. Here in Philadelphia, an America that is colorful has come together, people with the most varied of skin colors and outfits stand together, young, old, Muslims, Christians, atheists, blacks, whites, people with an Asian background, the natives of this country, pinstripes and Jesus' slippers . 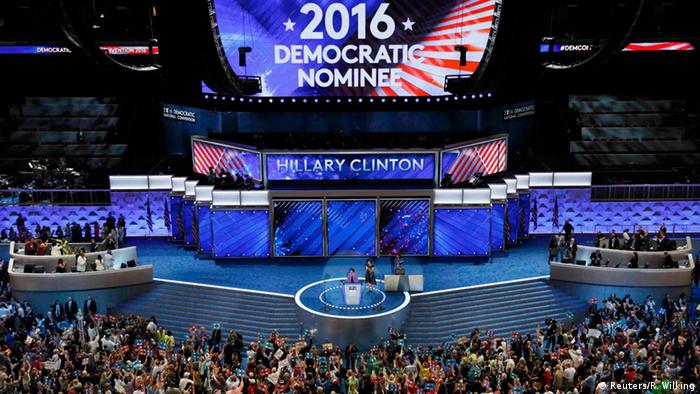 In addition to politicians, stars such as Meryl Streep and Alicia Keys were on stage at the Democratic Party conference

With the Democrats, diversity celebrates itself and lives the dream of a state that has finally overcome racism and accepts that the days of white supremacy are irretrievably over. For four days, the Wells Fargo Arena will be the future workshop, a view of a country where dreams will come true.

Cleveland is the opposite. The city on Lake Erie becomes a testimony to where the wagon mentality is leading a party that is not prepared to accept these demographic changes in a globalized world. Donald Trump has the event in a stranglehold. Even if the voices of minorities are pompously staged in front of the predominantly white delegates in the hall - in the end one key sentence remains: "Only I can solve the problems."

And the bigger and more dangerous the problems are, the more important the problem solver becomes. Logical. Trump understood this early on and geared his campaign towards it. In the beginning he used his reputation as a successful businessman and painted the horror of the economic decline on the wall. Now he is seizing the opportunity and presenting himself as a successful guardian of law and order who defeats terror and makes America safe. Here, too, the greater the fear, the more important the protector.

Fear is one hell of a weapon. And a dangerous one. The history books are full of demagogues who recognized this and knew how to use it. With terrible consequences. For our own country and for the whole world. 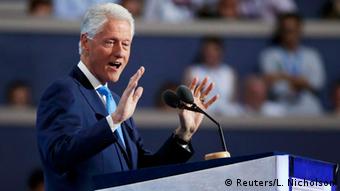 Bill Clinton promoted his wife in an emotional speech on Tuesday

For a long time it was unclear which counter-strategy the Democrats would choose with Hillary Clinton at the helm, who has a lot of experience but little emotional charisma. "Trust" could have been an opposite term for another candidate. With Hillary Clinton's penchant for half-truths, that couldn't be an option. "Strength" would be dangerous because you would have embarked on a fatal arms race.

So they decided on a force that should be able to move mountains: "Love".

This is the strategy the Democrats use not only to fight Trump's rhetoric. But also want to heal internally. A summer of love in response to a spring of struggle. Because the wounds that the fierce competition for nomination between Bernie Sanders and Hillary Clinton have not healed for a long time to come. Even if unity was evoked and sung about on stage, it is clear that at least the hard core of the Sanders supporters have not changed sides for a long time and may simply boycott the presidential election in November.

Can this strategy work?

Anyone who is here in Philadelphia will experience that it at least gives the delegates the strength, the boost they need to be strengthened in the real election campaign against the real opponent. 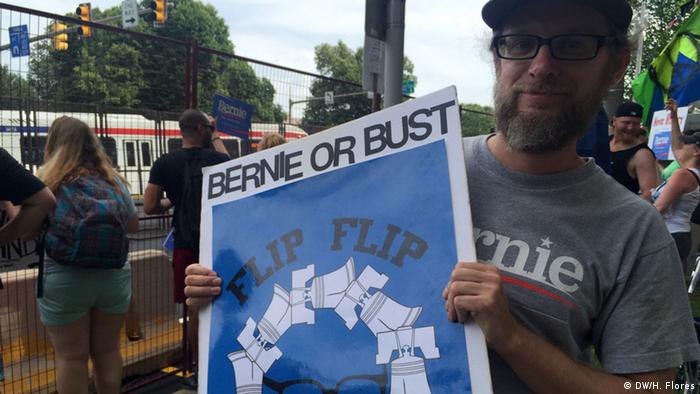 And Hillary Clinton has tremendous supporters, certainly on the front line the current First Lady, who took hearts by storm with a brilliant speech at the party congress.

She combines courage and heart and mind, coolness and professionalism like hardly any other person. Hillary Clinton can count on this woman. Not least because Michelle Obama knows that the work of the Obama years would be destroyed in one fell swoop if Donald Trump entered the White House.

So can "love" work? At least here at the party congress, the dream factory of the United States, the MPs, party members and supporters have the feeling. And that's a start, after all.