Which Huawei phones have a pen?

Foldables will significantly increase the average display area of ​​smartphones, which is why a stylus seems predestined for such mobile devices. Huawei thinks similarly to how one recognizes from a newly emerged patent. This document describes a foldable smartphone that is very similar to the Mate X. A big difference, however, is the input pen, which can be stowed in the camera bar. Huawei is currently using the underside of this handle for the USB socket, and an M Pen could also be inserted in the Mate X 2. 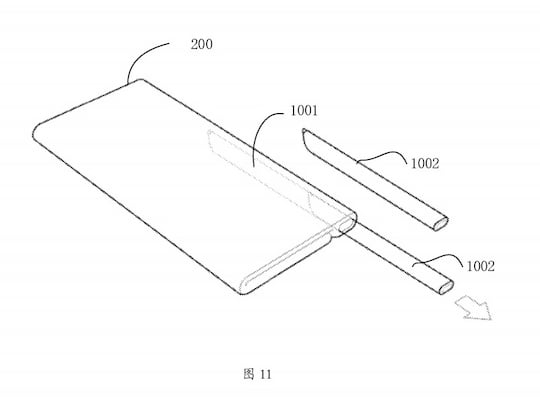 Stylus for a Huawei foldable
Huawei At the end of 2018, the Huawei Mate 20 X appeared, for which there are special accessories. The Stylus M Pen adds creative possibilities to the phablet. During the presentation of the Mate 30 series, the company again presented a suitable input pen. With these smartphones, the Chinese company is poaching in the area of ​​Samsung and its Note series. Another step seems to be the introduction of the M Pen for a foldable mobile device.

In February, Huawei filed a corresponding patent with the USPTO (United States Patent and Trademark Office). Finally, the document was accepted by the WIPO (World Intellectual Property Office) on September 26, 2019. LetsGoDigital discovered the documents, but this time unfortunately did not contribute any self-created render images.

Mate X 2: everything under control? 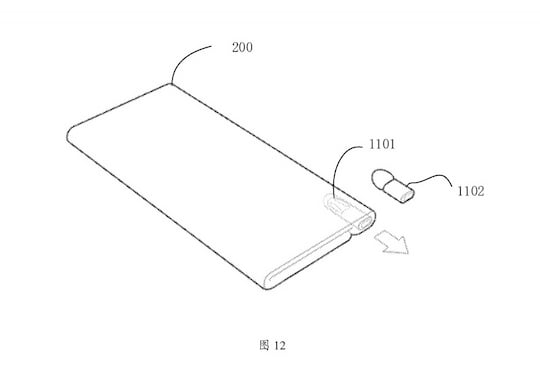 Compact stylus
Huawei The Mate X has a distinctive bar on the side in which the cameras are stowed. This also serves as a handle so that the foldable lies securely in the hand when it is unfolded. The USB Type-C port is found in the lower side of this construction, the upper side has no function. Since there would hardly be room for a stylus on top due to the camera technology, the patent for the possible Mate X 2 shows the M-Pen slot on the bottom. The USB connection should be on top accordingly. Furthermore, a sketch illustrates a significantly smaller pen as an alternative.

By the way: Both Samsung and LG have also submitted patents for a foldable with a stylus.

It seemed like the market launch of the Samsung Galaxy Fold had been postponed again. You can read what this is all about in another news item.