What is the festival of unleavened bread?

Passover is one of the most important Jewish festivals, it commemorates the flight of the Israelites from Egypt and the liberation from slavery. This is remembered by special dishes that are served on the first evening, the seder evening.

Passover is a central Jewish festival mentioned in the Hebrew Bible. Jews celebrate it in remembrance of God's salvation under the leadership of Moses and their freedom as a nation around 1300 BC. The Bible describes the story in the book of Exodus how God helped the "children of Israel" with ten plagues against the Egyptians to free themselves from slavery.

The name Passover means “to pass” in Hebrew. As the last and worst plague, all the firstborn of the Egyptians were killed - with a hint, Moses was able to warn the Israelites, they marked their doorsteps with the blood of slaughtered lambs, after which their houses were spared from the plague. 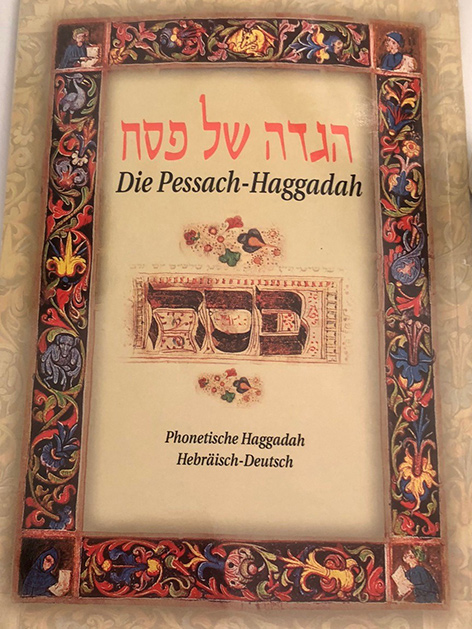 The Passover Haggadah with the history of the people of Israel is read and sung on Seder evening, the eve of Passover

The Pharaoh finally agreed to let the Jewish slaves go. They left in a hurry, but according to tradition, they had no time to finish the dough, which is why people still eat unleavened bread on Passover and the festival is also known as the “Festival of Unleavened Bread”. The rapid departure on Passover from Egypt is symbolically modeled on Passover.

Spring festival with a story

Passover is a spring festival that, until the destruction of the temple in Jerusalem, was associated with the offering of the first harvested barley, the first grain that was then ripe. Pilgrimages were also made to the Jerusalem Temple.

Passover begins on the 15th day of the Hebrew month of Nisan (this year on March 31st) and usually lasts seven days, Orthodox and Hasidim celebrate for eight days. Passover is one of the most celebrated festivals. As with all Jewish festivals, the celebration begins in the evening. 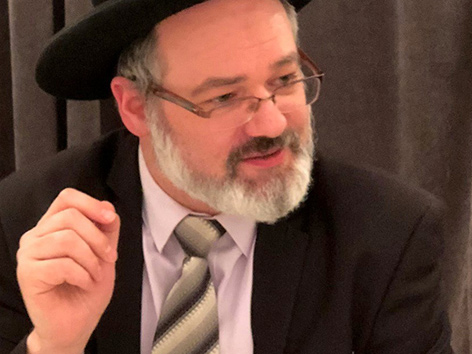 The Chief Rabbi of the IKG, Arie Folger

Arie Folger, Chief Rabbi of the Israelitische Kultusgemeinde Wien (IKG), emphasized on a “pre-Seder evening” in the IKG, one week before the actual Seder evening, the spread of the Passover celebrations: “The number of Jews who celebrate the Seder evening is extremely high. It is probably much more than the people who fast on Yom Kippur - this is our highest holiday, the Day of Atonement. ”Together with Yom Kippur and the 'candle lighting' for the Hanukkah festival of lights, Seder evening is at the top of the hit list, says Folger. The evening was organized for invited guests together with the Israeli embassy. 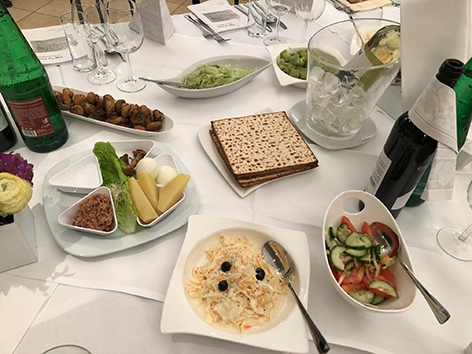 Six symbols for slavery and its end are revealed during the Seder meal: the salt water as a sign of tears, horseradish or other bitter vegetables (Maror) for the experienced bitterness, radishes or potatoes as the fruit of the earth (karpas) and the clay-colored, wine-soaked nut mash ( Charosseth) for the bricks that the Israelites had to make in Egypt. Next to it are the signs of salvation and life on the plate: a small lamb bone and an egg, as a sign of eternal life.

Wine for the prophet

A cup of wine is ready for the prophet Elijah, expressing the hope that the prophet will appear at the festival and announce the coming of the Messiah. The Hebrew word "Seder" means order - the course of the Seder evening is accordingly precisely defined.

Passover is also important for the development of the Christian Easter festival. The liberation of Israel from Egyptian bondage became in the Christian interpretation a picture of the redemption from sin and death. At Easter, Christians celebrate their overcoming.

On Thursday, Cardinal Christoph Schönborn congratulated the Vienna Chief Rabbi Folger and the IKG on the upcoming Passover festival. The letter of congratulations literally says: “May the Passover festival be a strong sign and a source of hope this year too. My prayer and the prayer of many Christians for peace in the Middle East and for the well-being of Israel will be particularly intense in these days and weeks. So I wish you, your family and the whole congregation a happy Passover festival. "