Bose Noise Canceling Headphones 700 in the test: step forward and step back

With the Noise Canceling Headphones 700, Bose has presented an alternative to the popular QuietComfort 35 Headphones II. In the test, I listened to these headphones once and can also make direct comparisons with the Jabra Elite 85h, for example, which I have already used as a direct competitor model.

When it was first introduced, Bose indicated what they wanted to improve on the new model: the active noise suppression and the audio quality for phone calls. In addition, the headphones use a completely new design. Personally, I don't get very warm with it, but one after the other. 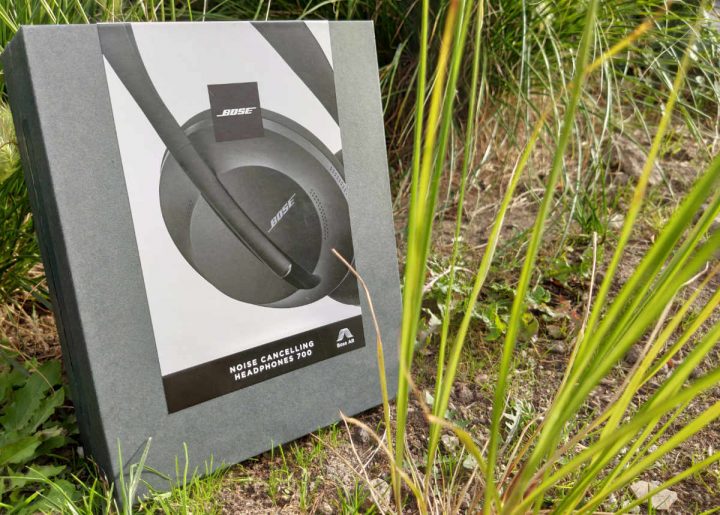 One more note on charging: If you want to go fast, you can achieve a runtime of 3.5 hours with just 15 minutes of charging. Incidentally, as I said, Bose is not advertising the new Noise Canceling Headphones 700 as the successor to the QuietComfort 35 Headphones II, but as an alternative with a completely different design. Unfortunately, this is a disadvantage in my opinion, which I will explain in the next section on workmanship and comfort. 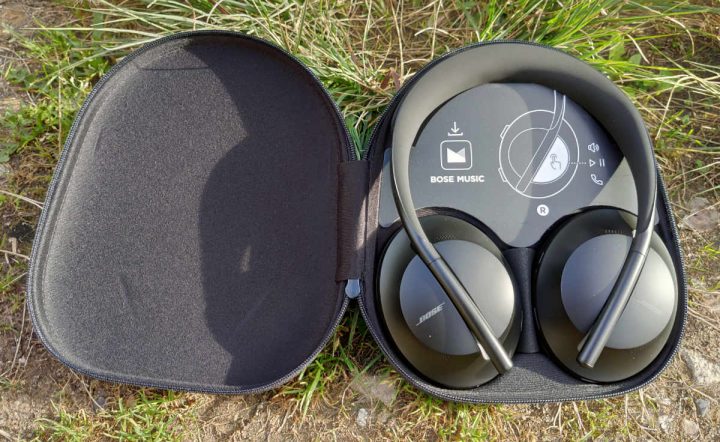 Unfortunately, you lose a surprisingly large amount of wearing comfort, which is the great strength of the QuietComfort 35 Headphones II, which I see in front of the Jabra Elite 85h, as I also described in the test. But unfortunately, I have to classify the Noise Canceling Headphones 700 well behind. They sit much tighter on my head and after a long period of wear from about an hour they actually squeezed - a problem that I didn't even have with the inexpensive Life Q20 anchors - which are also adjustable in size. The latter is not possible here.

So for me personally, the wearing comfort is a downgrade compared to the QuietComfort 35 Headphones II. Perhaps that is also the reason why you did not want to speak of a successor here? It is important to note for you: Every head is different. This also applies to the ears. What is suboptimal with me could inspire you. I can only report my personal experiences. 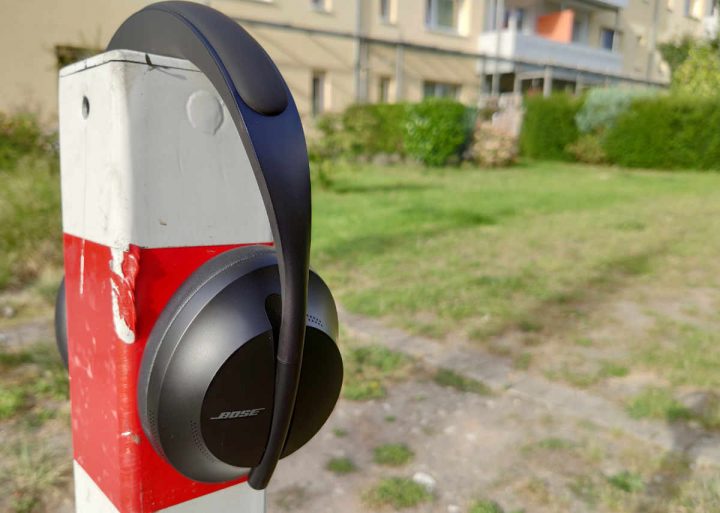 The workmanship could also be better: As with the Anker Life Q20, the ear cups have a lot of play in contrast to the Jabra Elite 85h - shake a little in your hand and they wiggle lively with the beat. On the other hand, I really like the matte design of the surfaces and the coating on the top. Fingerprints and deposits have significantly less chance here than one should assume. 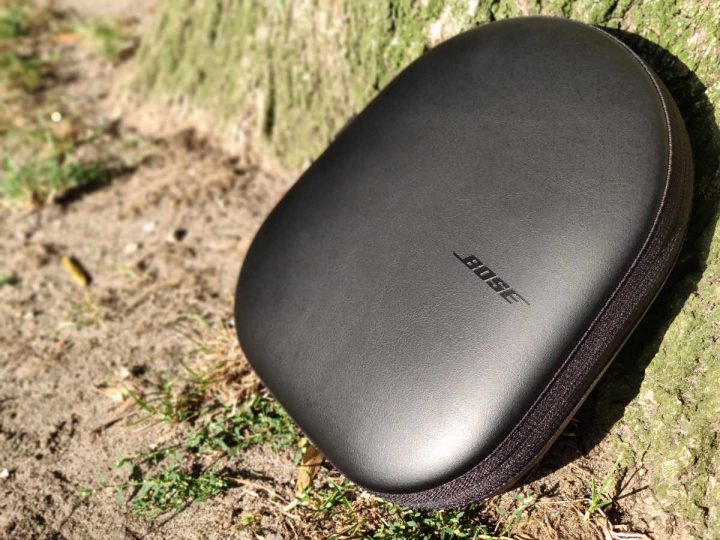 The bag also makes a valuable impression and even contains a small extra compartment for audio and USB cables with a lid - great idea. However, if I put the Bose Noise Canceling Headphones 700 next to the Jabra Elite 85h and the Anker Life Q20, I have to say shockingly that for me the design and workmanship are closer to the Ankers Life Q20 than the Jabra model ... There could have been more and the headset just doesn't look very premium. It's a shame, because the in-house QuietComfort 35 Headphones II show how it can be done.

Bose has made major improvements to noise canceling: The noise canceling headphones 700 also offer more options than simply “on” or “off”. This can also be achieved with a new microphone design with eight microphones - six for noise canceling and two for recording the voice during telephone calls. It is now possible to regulate the noise suppression in eleven stages. At 0 it is switched off and ambient noise is only passively suppressed by the auricles and at 10 it works, so to speak, at the maximum level. 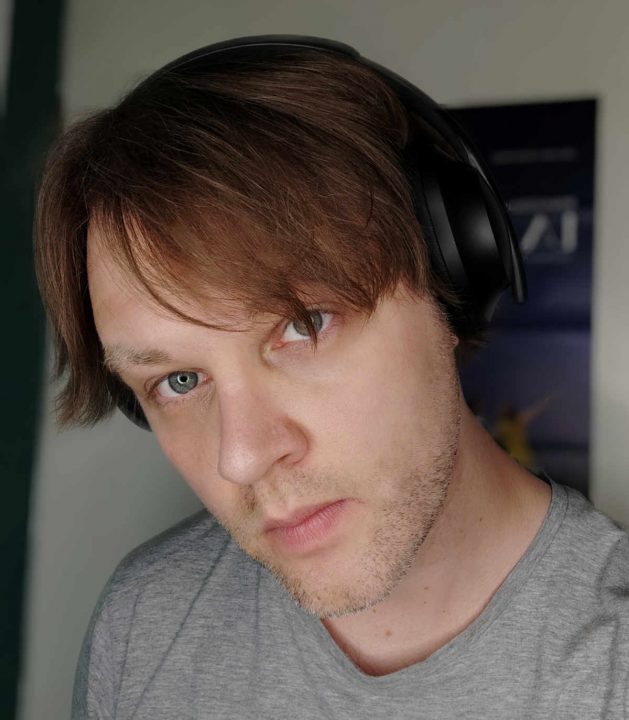 The passive suppression of the headphones is already quite effective because they sit very tightly - which, as I described, is at the expense of wearing comfort. While testing, I used the option to regulate the noise suppression more to play around, but if you find the maximum level too extreme, you might choose something like level 5 or 6 as a compromise. I think most users will be fine: Either turn them on or off. 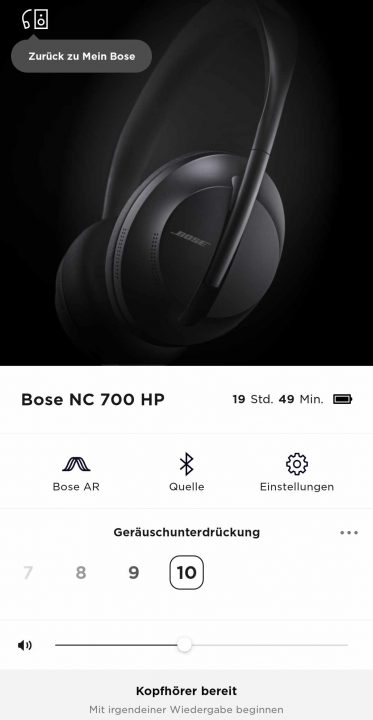 Differences can be heard and in my opinion the NC is more effective than the Jabra Elite 85h, for example - Bose is ahead here. Incidentally, you can adjust the levels directly on the headphones - but then only in 3 stored levels (as standard 0, 5 and 10) or via the Bose Music app in all individual steps. There is also a hearthrough mode in which the microns specifically let ambient noise through so that you don't have to remove the headphones to hear something. Bose christened the whole conversation mode and allows activation via the app or holding a button.

To phone? The Jabra Elite 85h still get the job. The Danish manufacturer will probably benefit from its experience with headsets for business customers. Nevertheless, the Noise Canceling Headphones 700 isolate the voice very well and offer a better quality than the QuietComfort 35 Headphones II. Nonetheless, your counterpart hears a little more from your surroundings than with the Jabra counterpart - but that's criticism on a high level. 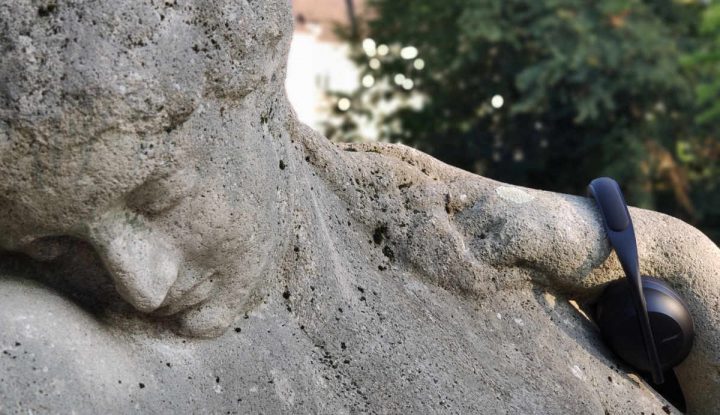 As far as music is concerned, do not expect any major differences to the Q35 II, because I myself had great difficulty determining differences. That's not necessarily a bad thing, as the headphones that are already available do pretty well. But you should keep this in mind if you are considering switching. The noise canceling headphones 700 are primarily designed for neutral playback, with which they then have sufficient dynamics. But if you expect particularly dominant, pumping bass, this is not the place for you.

Personally, I like the rather flat, neutral sound of these headphones very much, but it also goes well with my listening habits (indie rock, indie folk, shoegaze, dream pop). Who z. B. is more on beat-heavy music, is perhaps a little disappointed with the focus that Bose has set here. From my point of view, Bose is doing everything right here.

I have to criticize the instructions from Bose. With headphones for several hundred euros, you should expect that the core functions are well explained to the buyer. Think, because the enclosed quick start guide is a joke and just describes how to turn it on and off using the Bluetooth button. Even that is poorly explained: with most Bluetooth headphones you have to hold the button longer so that you don't accidentally activate your headset with a short press.

But that doesn't get very far with the Noise Canceling Headphones 700, because on the contrary: only a short press lets the current flow. Explanations of the functions of the other keys - no result! Only the official Bose Music app instructs you in the button layout. Come on, Bose, that has to be better for a product with a price of around 380 euros! At least a sketch in the instructions with simple functional descriptions could have been there. 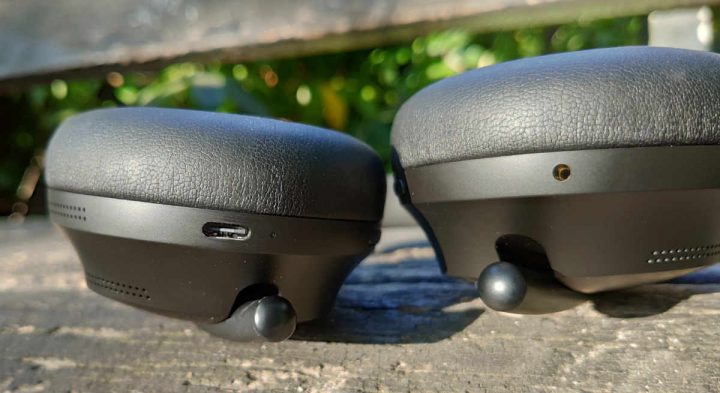 Also worth mentioning: In their tests, some colleagues note that the Noise Canceling Headphones 700 switch off after 10 minutes if they no longer detect any motion sensors. This was perceived as a problem because, for example, you sit quite still on an airplane and it would be uncomfortable if you nodded away and shortly afterwards music and ANC are dropped. 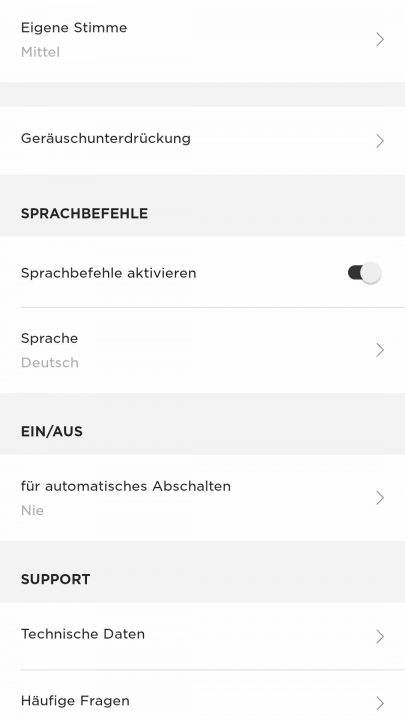 That's why I checked it more closely, but I can't find any problem: Yes, if you just leave the headphones on the table, they switch off after 10 minutes. But when I was on the bus or on a park bench, the headphones were always active. Even when I deliberately tried to provoke the shutdown by lying around in bed, the Bose Noise Canceling Headphones 700 remained switched on. Therefore, I see the automatic switch-off as a plus point, because in my impression it is by no means overly sensitive, but intervenes when it makes sense - eta, if the headphones were accidentally left on after removing them. 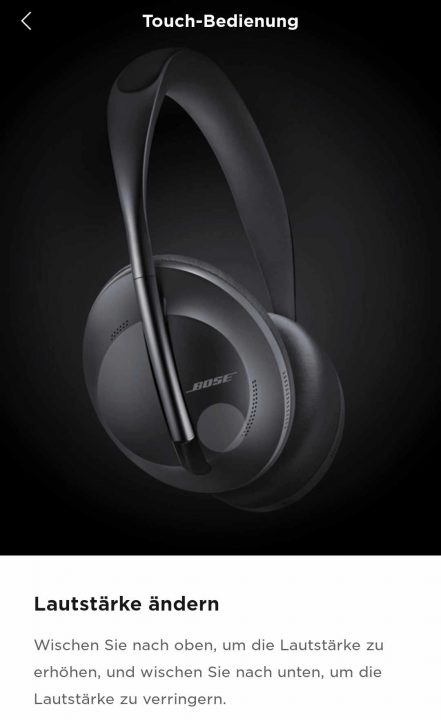 In addition to the physical buttons - two buttons on the right and one on the left - Bose mainly uses gestures that you can perform via the right auricle. Of course, this takes a certain amount of getting used to, because you have to learn the gestures by heart first. In general, this is a good idea, because you can activate a relatively large number of functions directly via the headphones. Tapping twice pauses / starts playback, for example, swiping upwards increases the volume, and vice versa it decreases it again. Swiping to the side can skip songs. Even I, as a gesture skeptic, got along well with it.

On the right auricle, next to the Bluetooth / power button, there is also a second button that can activate the respective voice assistant of your choice. You will also find the charging port for USB Type-C there. Last point of criticism: It took 6-7 attempts until the Noise Canceling Headphones 700 were recognized by the Bose Music app, which was a bit annoying. Fortunately, you only have to do this setup once.

The Bose Noise Canceling Headphones 700 are rightly not advertised as the successor to the QC35 II, because for every step forward there is also a step to the side or even back. The new model clearly wins in terms of ANC and call quality, but is a step backwards in terms of wearing comfort and design or workmanship. The fact that the core functions are only explained in the app is also ugly. 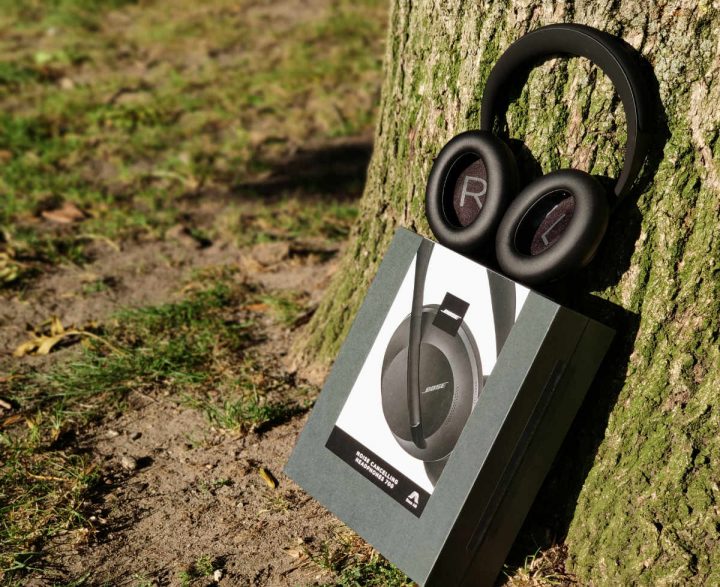 In my opinion, the sound of the music playback is almost 1: 1 identical to the QC35 II and does not justify an upgrade. Bose still emphasizes Bose AR, which should enable additional features with some apps, but the support is currently very limited, which is why I did not include this in the review - there was simply no meaningful way to test.

All in all, the Bose Noise Canceling Headphones 700 are really good headphones with excellent NC, but they should like to improve a little in terms of sound and ergonomics. So if you already own the QC35 II, I would advise against switching. For everyone else, the 700 is definitely worth a look.