How big is the IT market

Information technology is advancing - also due to digitization - more and more to an important cross-sectional sector for all other industries.

Whether e-commerce for private customers, smartphones in private or business use, to big data analyzes or huge SAP implementation projects in companies - all of this ultimately belongs to the gigantic industry segment of information technology (IT).

IT is advancing - also due to the digitization that has been going on for some time - more and more to an important cross-sectional sector for all other industries. This is evident not least from the sheer volume: companies around the world spent almost five trillion dollars on IT products and services last year (4.8 trillion dollars in English). 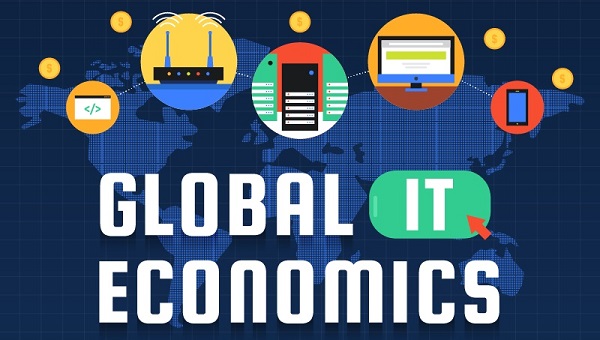 Almost $ 200 billion of this is accounted for by data center IT and $ 405 billion for enterprise software such as those from SAP, Oracle, Microsoft & Co. .5 trillion dollars.

Almost half of the companies currently see coping with the gigantic volume of data as the greatest challenge: 47 percent do not know how to store and manage the ever-increasing volumes.

It is hardly surprising that big data is one of the most important future topics in IT: sales of software and services for the analysis of large amounts of data are expected to increase from 42 billion dollars in the past year to 103 billion dollars by 2027.

Other future markets are cloud computing and artificial intelligence (AI): sales in the publicly accessible Internet cloud (public cloud) are expected to grow to almost $ 280 billion by 2021. Although sales with AI are still comparatively low at just under 20 billion dollars in 2020, the economic impact is expected to be huge as early as 2030, with AI systems contributing almost 16 trillion dollars to the global economy.

More facts and figures on the global IT market in the following infographic - click twice to enlarge:

In many cases, the impetus for technological change no longer comes from IT